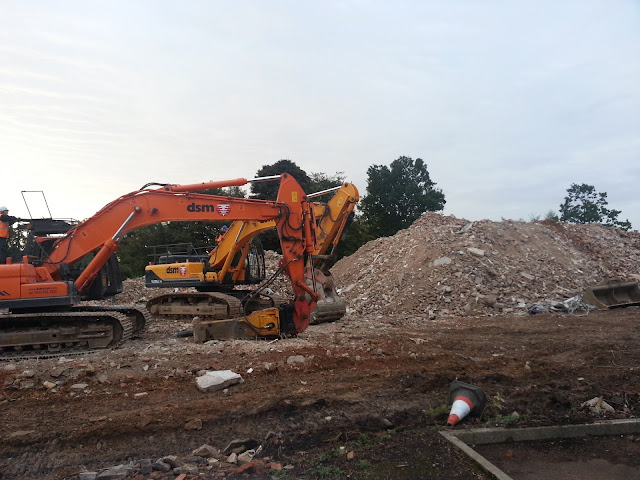 195. All that remains at the top of Selly Oak campus - the rubble of Mary Burnie House, Brooksbank Centre, Hamilton Building and Frank Price Building. Taken from Hamilton Drive.  Weoley Park Road in the background. (17/SEP/2013) 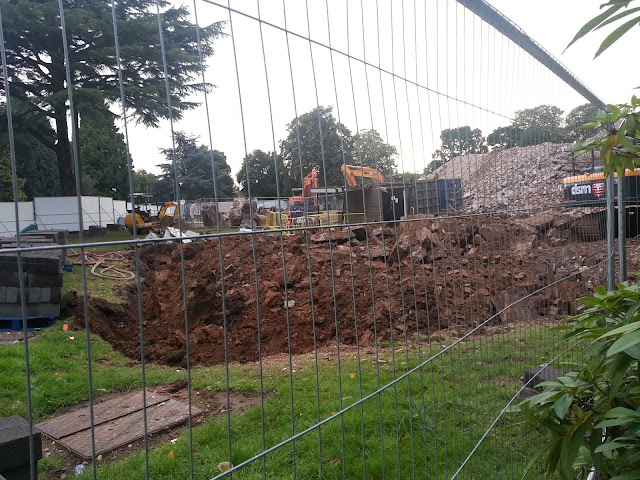 196. The foundations of Mary Burnie House have been dug out of the ground.
Taken from vantage point ee* (17/SEP/2013) 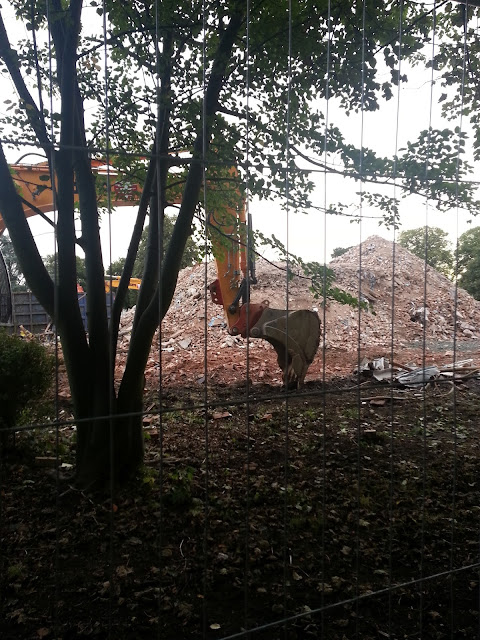 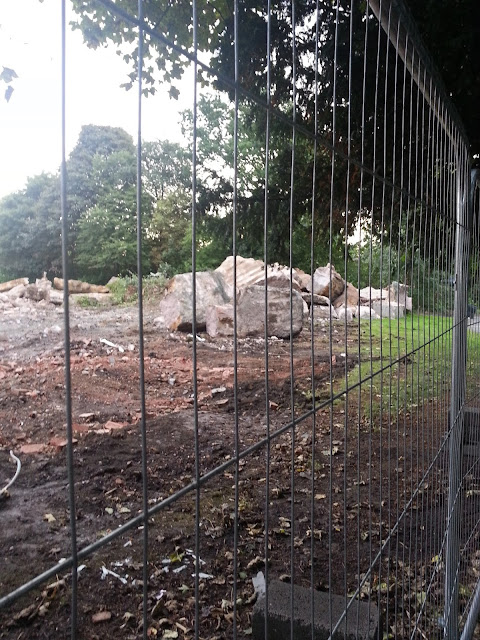 198. These huge cut rocks were the foundations of Brooksbank Centre, which is odd because it was only a one story building - Mary Burnie House did not have such heavy duty foundations. Taken from the thicket. (17/SEP/2013) 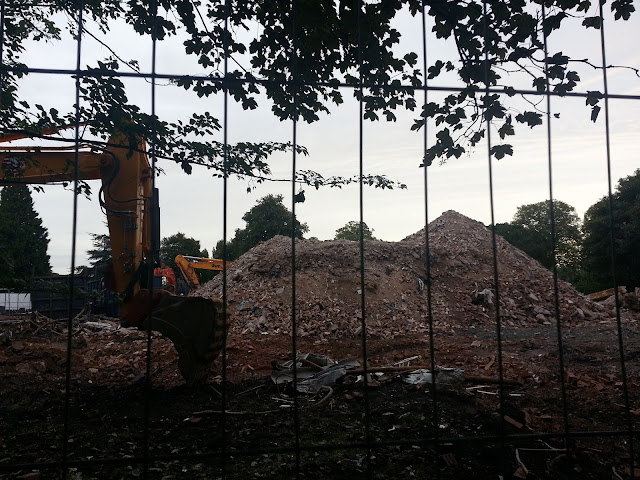 199. The pile of rubble is about one story high. The next job is to break it down into smaller rubble to be taken away. Taken from the thicket. (17/SEP/2013)