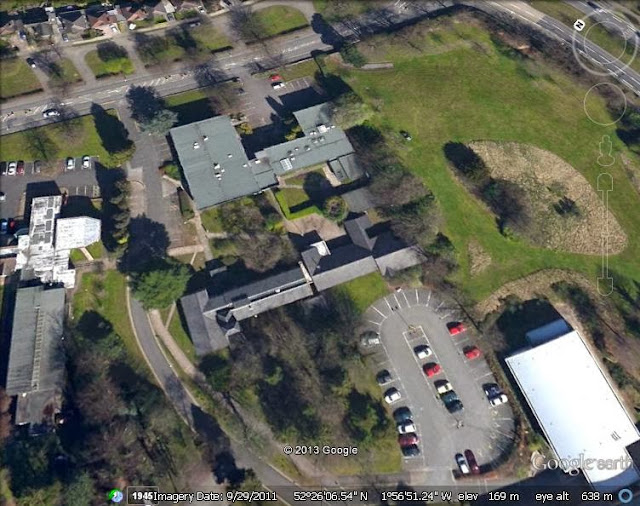 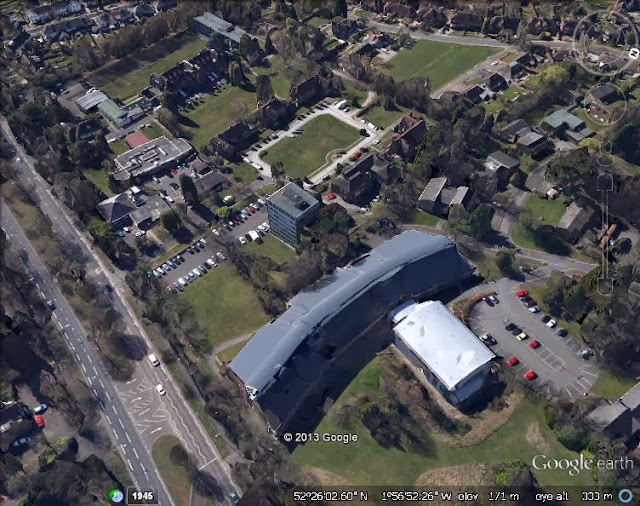 253. Towards the bottom of this photo is the curved OLRC and below this, the teaching wing stretching out into the meadow. Above the OLRC is Johnston Building which is a tower block. The Close can be seen as a rectangle with a road around it. Below the rectangle are Alan Geale House on the left and one of the Arts and Crafts movement houses on the right. Above the rectangle are three more Arts and crafts houses, which are called "the cottages" because of their style. Behind them, the large building is Archibald House and on the left, with a pyramid-shaped roof, if "The Mill", the fake health centre used for the TV show Doctors.Bristol Road is on the left. The buildings on the right in a curve, belong to BCC (Birmingham Christian College) (20/SEP/2013) 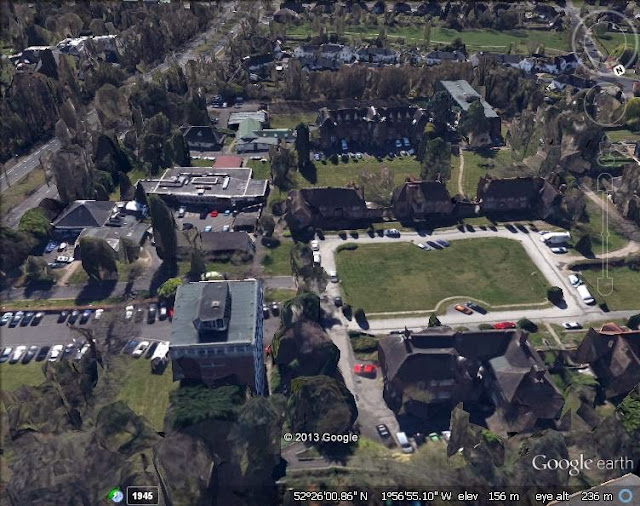 254. A closer view of Johnston House bottom left, Alan Geale House bottom right, the close, the three "cottage" buildings, and the BBC Drama Village on the left and at the back. Bristol Road on the left. (20/SEP/2011) 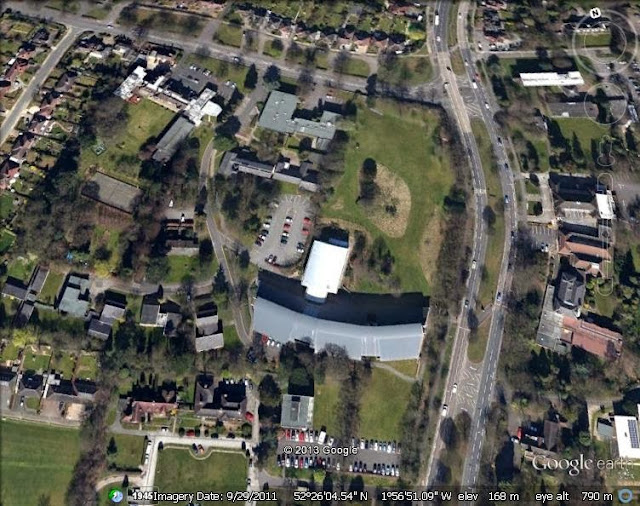 255. A wider aerial view of the OLRC and the top of campus pre-demolition. Bristol Road on the right. Weoley Park Road along the top. On the right side of Bristol Road, at the top, the white rectangle is Elmfield House. The next building below it is George Cadbury Hall with its three-pronged driveway. The building below that, with red and grey rooves, is SOVAC and the Charles W Gillett Centre. The building in the bottom right corner is Fircroft College. (20/SEP/2013)