These photos were kindly supplied by one of the gardeners, Richard Moth. 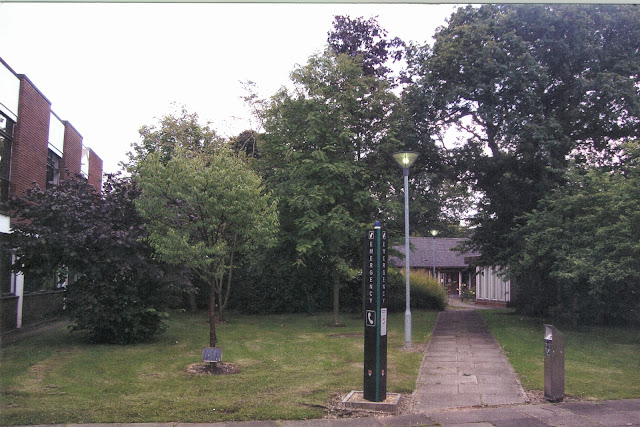 272. This photo of the area between Hamilton Building, Brooksbank Centre and Mary Burnie House, shows the memorial tree, an ornamental cherry tree, which was dedicated to Jean Sames, a Community Play and Youth Lecturer at Westhill College, and later, Dean of Students. She worked here from 1982-2001. Everything in this photo is now gone. A new tree is being arranged. 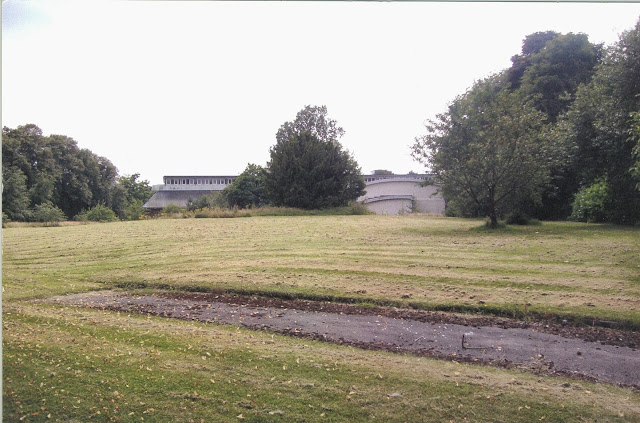 273. The road to nowhere in the north corner of the meadow, and the OLRC in the background. 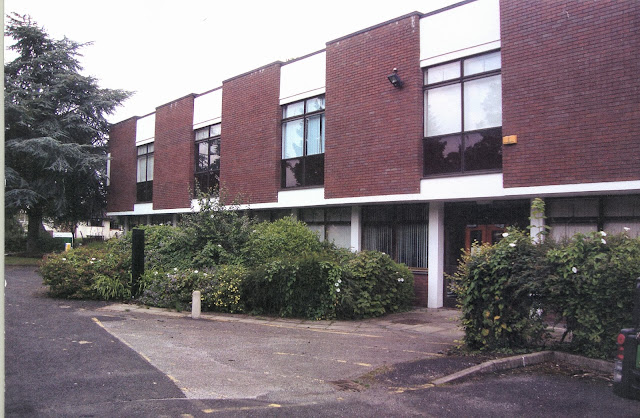 274. The side of Hamilton Building taken from Hamilton Drive. Weoley Park Road can be seen behind the tree. Hamilton was demolished in September 2013. 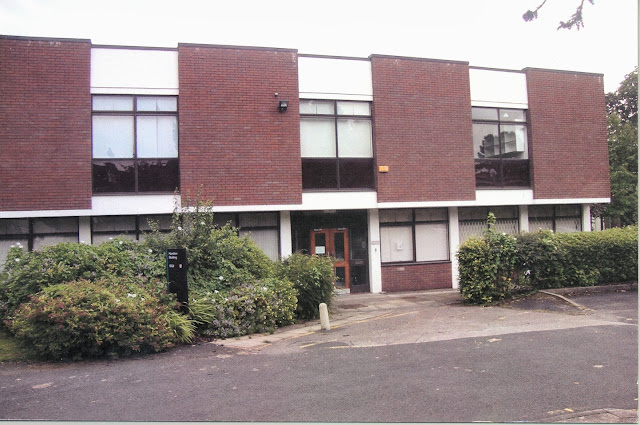 275. The side entrance to Hamilton Building on Hamilton Drive. Hamilton was demolished in September 2013. 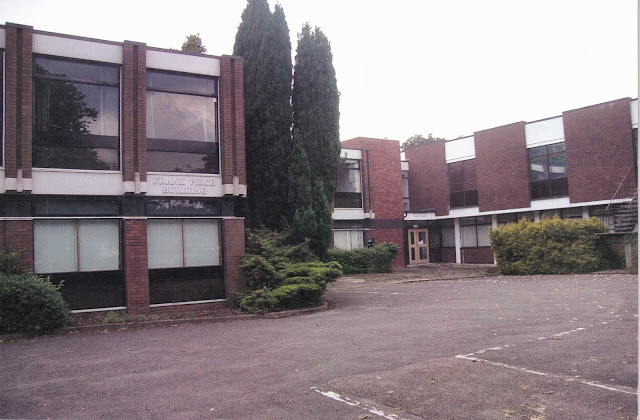 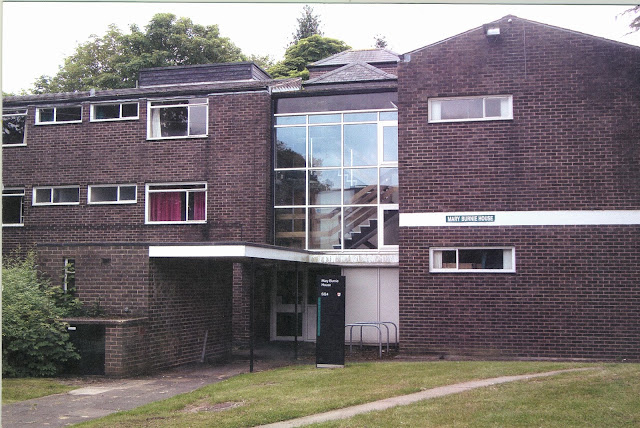 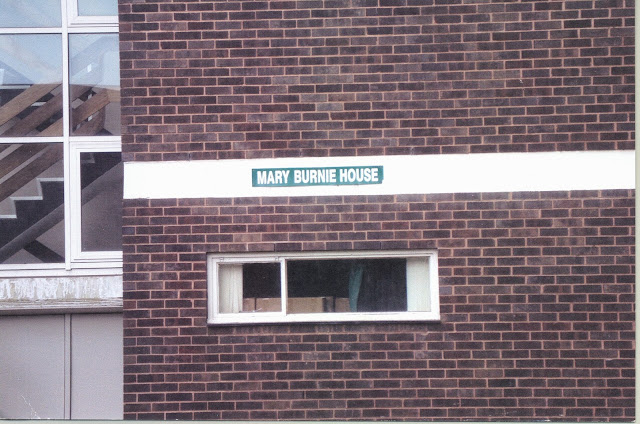 279. Sign on the front wall of Mary Burnie House. 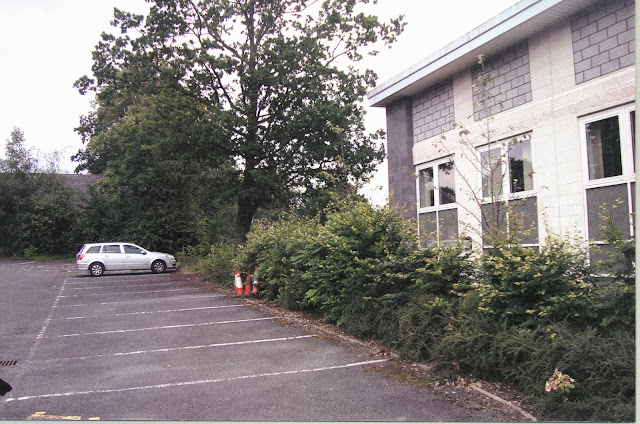 279. The teaching wing and the OLRC car park. 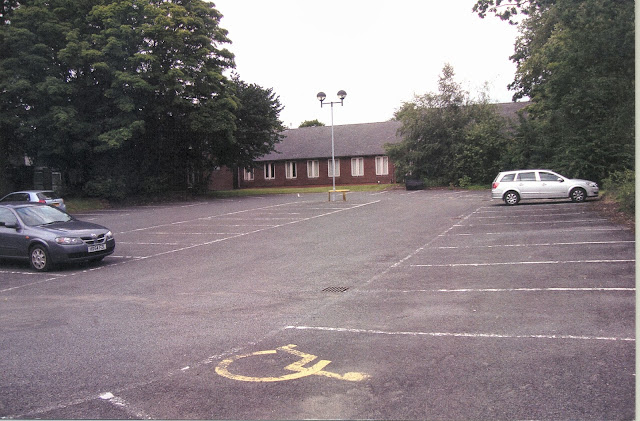 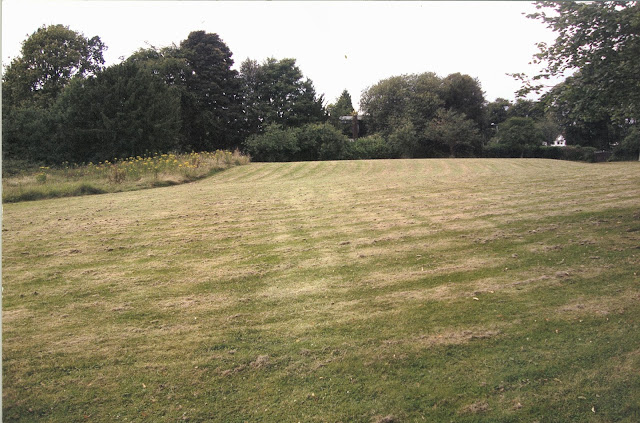 281. The meadow, with the side of Frank Price Building visible through the bushes. Weoley Park Road is through the trees on the right.