Actual demolition begins on December 12th. The basement will be left for another time, so as not to interfere with the BBC's filming of Doctors. 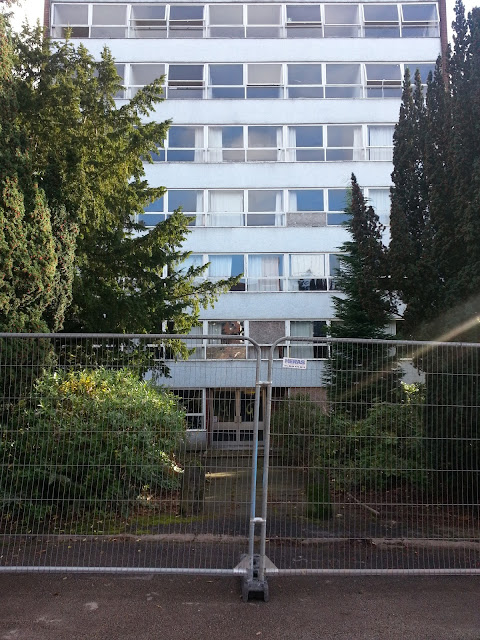 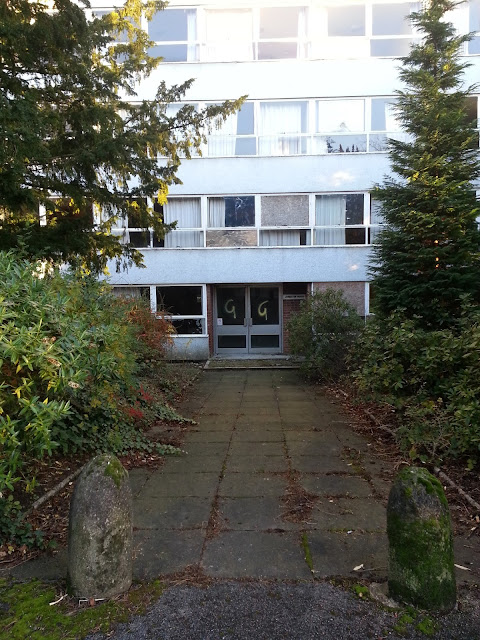 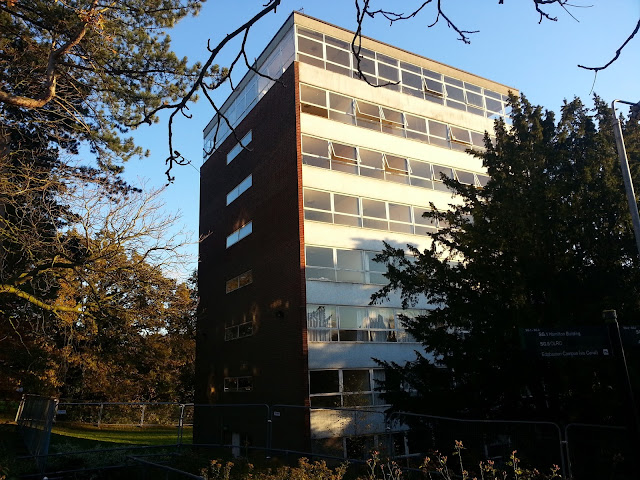 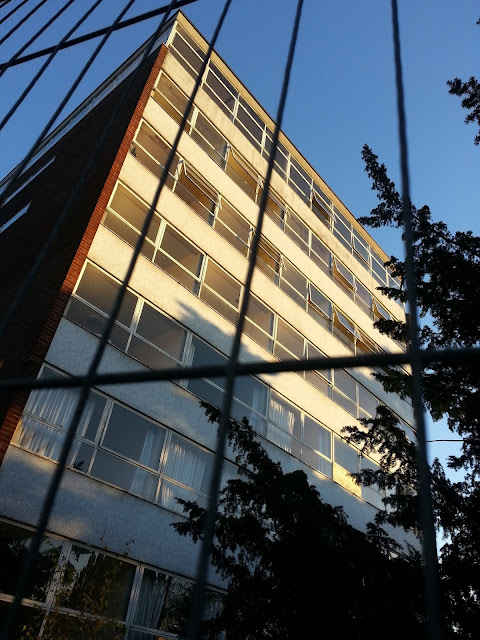 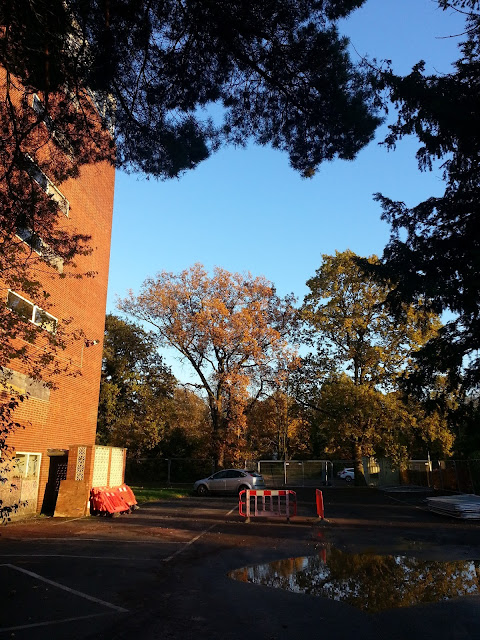 993. The car park to the south-east of Johnston House. The barriers are where the drains are being cleared because of last week's enormous puddles. Fencing has been put up half way down the car park. (19/NOV/2013) 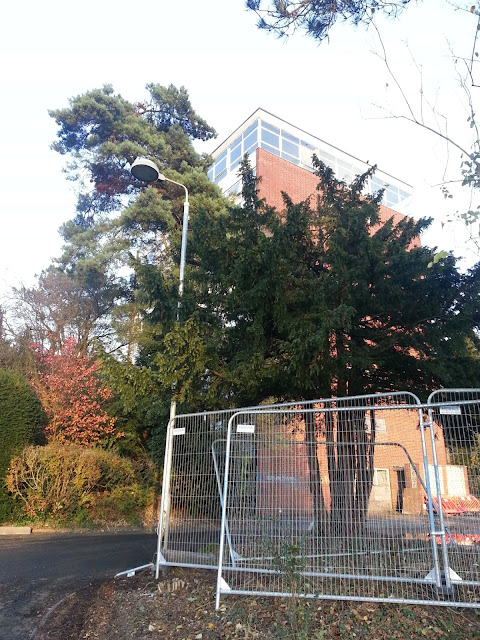 994. Fencing around Johnston House. To the right is the yew tree that was pruned last week. It will have to be removed to get the "reaching machine" in. (19/NOV/2013) 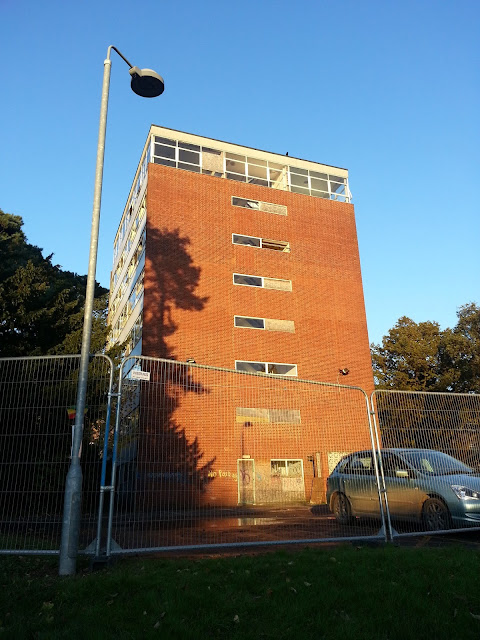 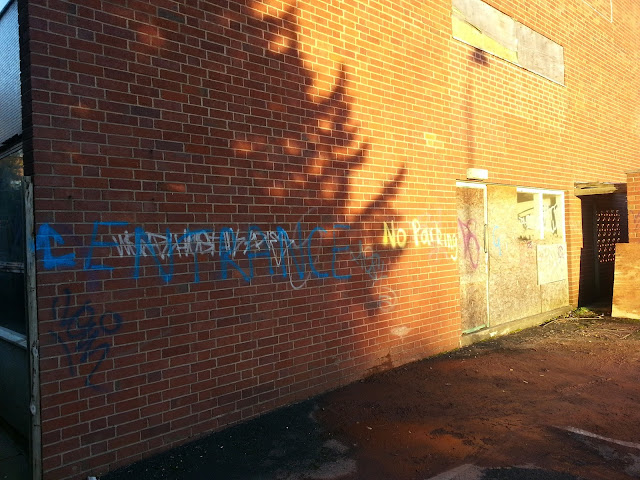 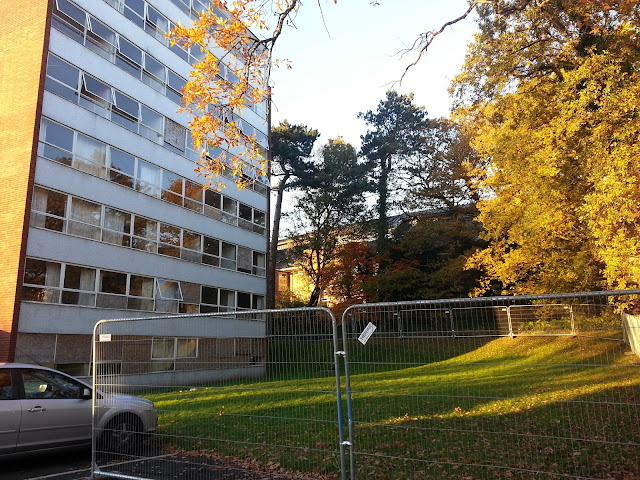 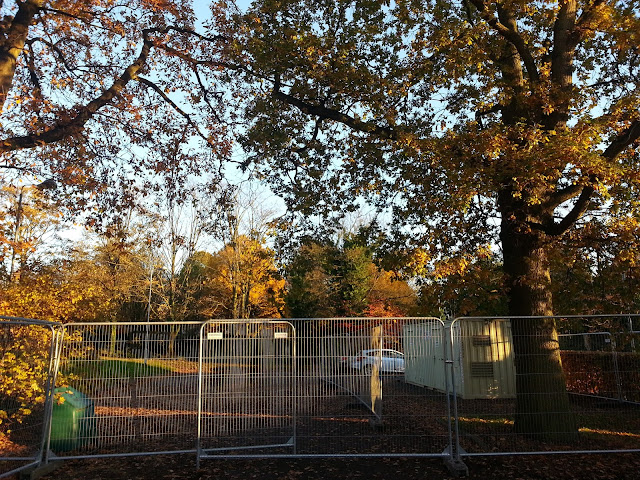 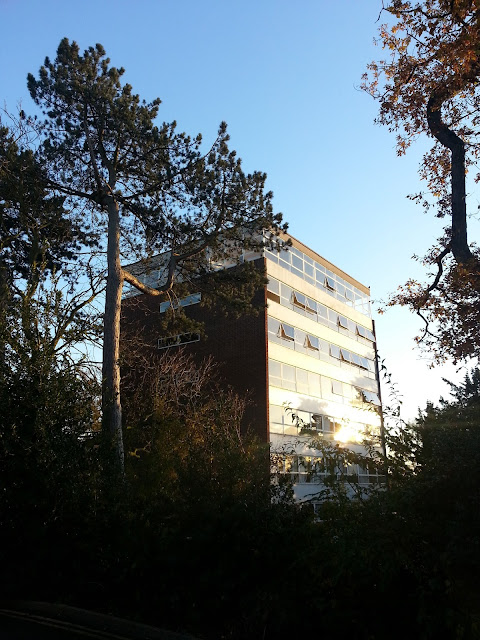