The hedgerow between the meadow and the demolition site at the top of campus is being taken out to make way for the new academy school. This is being done now because birds will start nesting soon - at which point the hedge would become protected. The hedgerow consists of lime, maple, sycamore, beech, oak and cherry laurel. 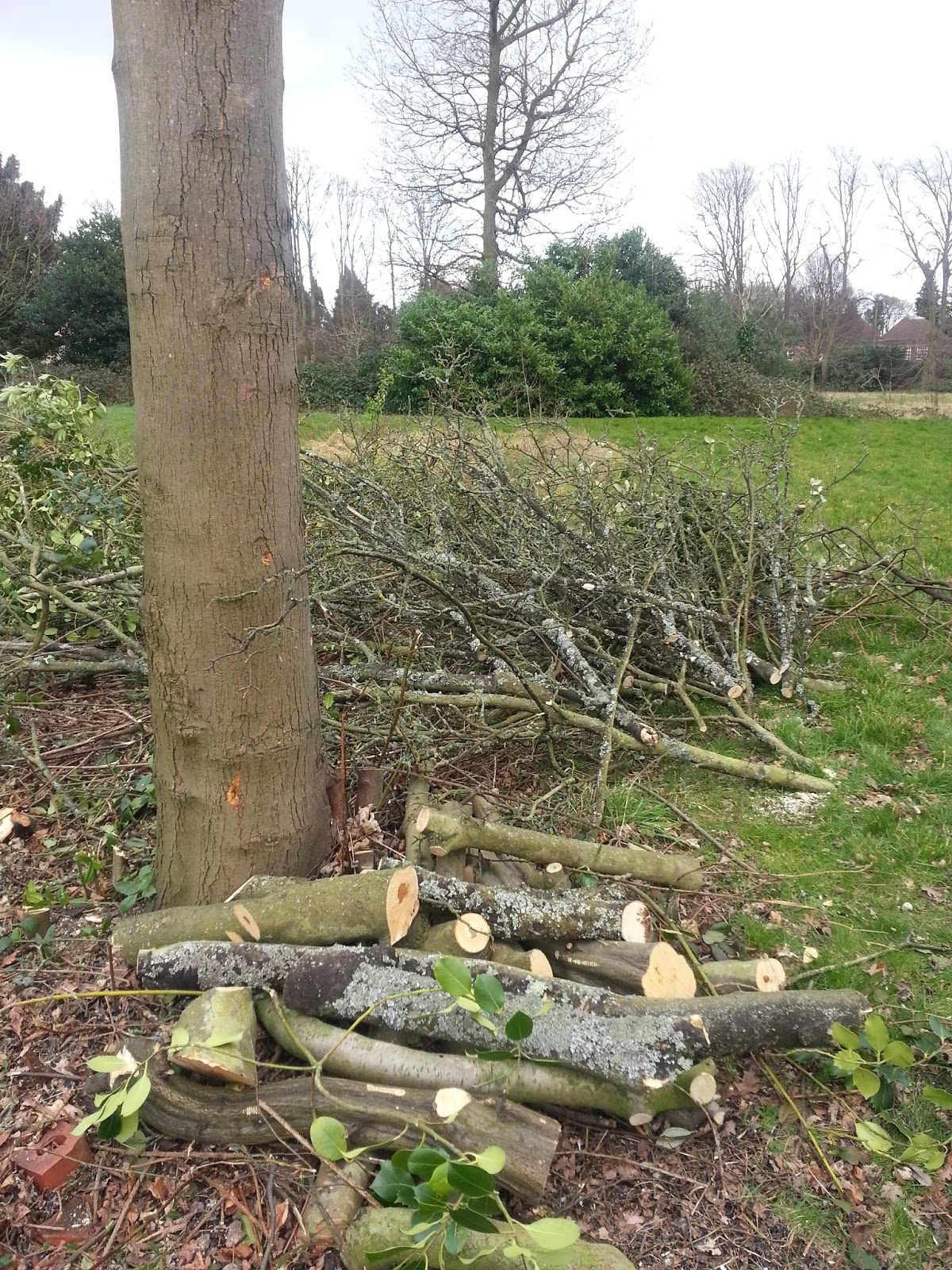 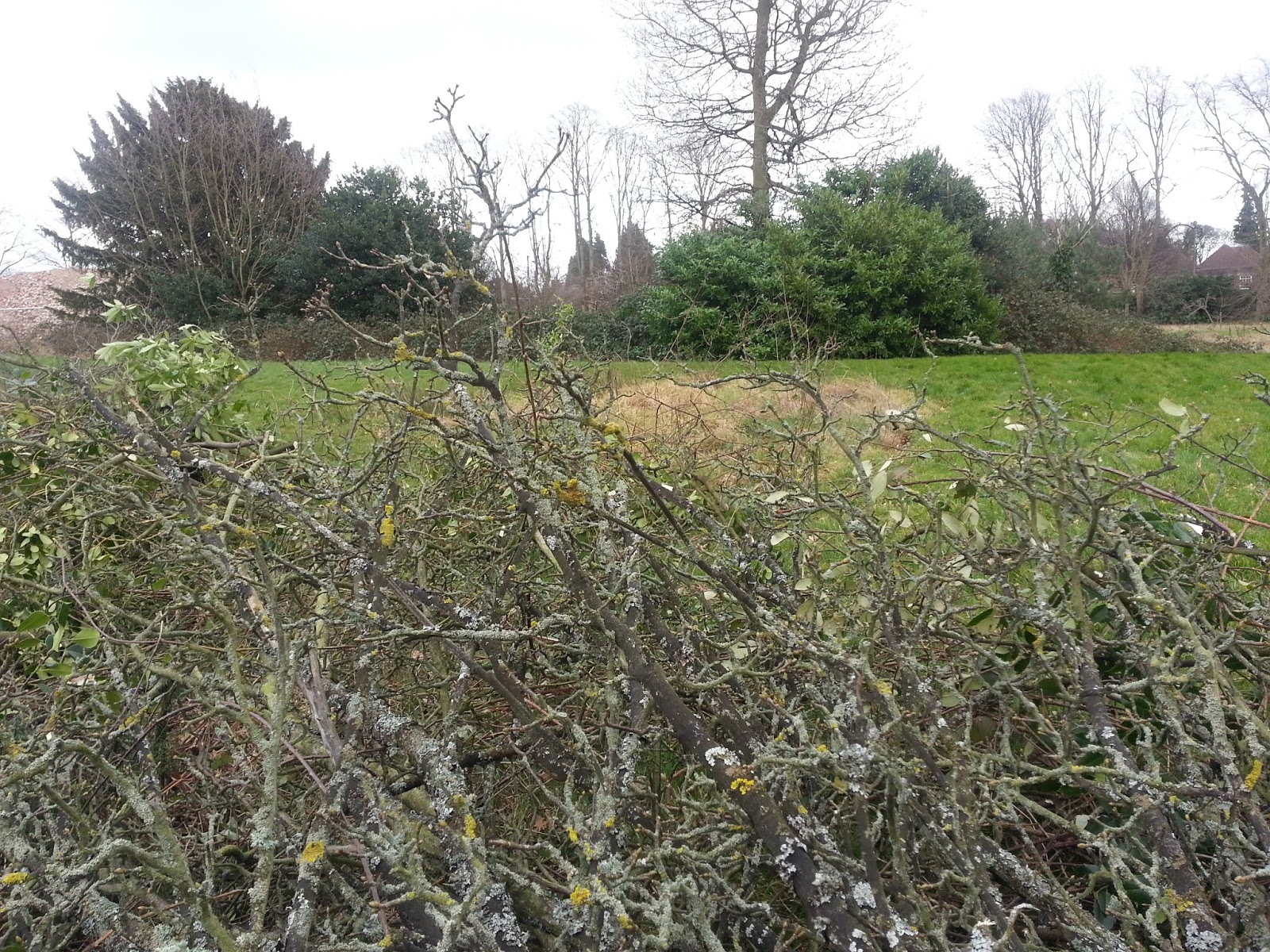 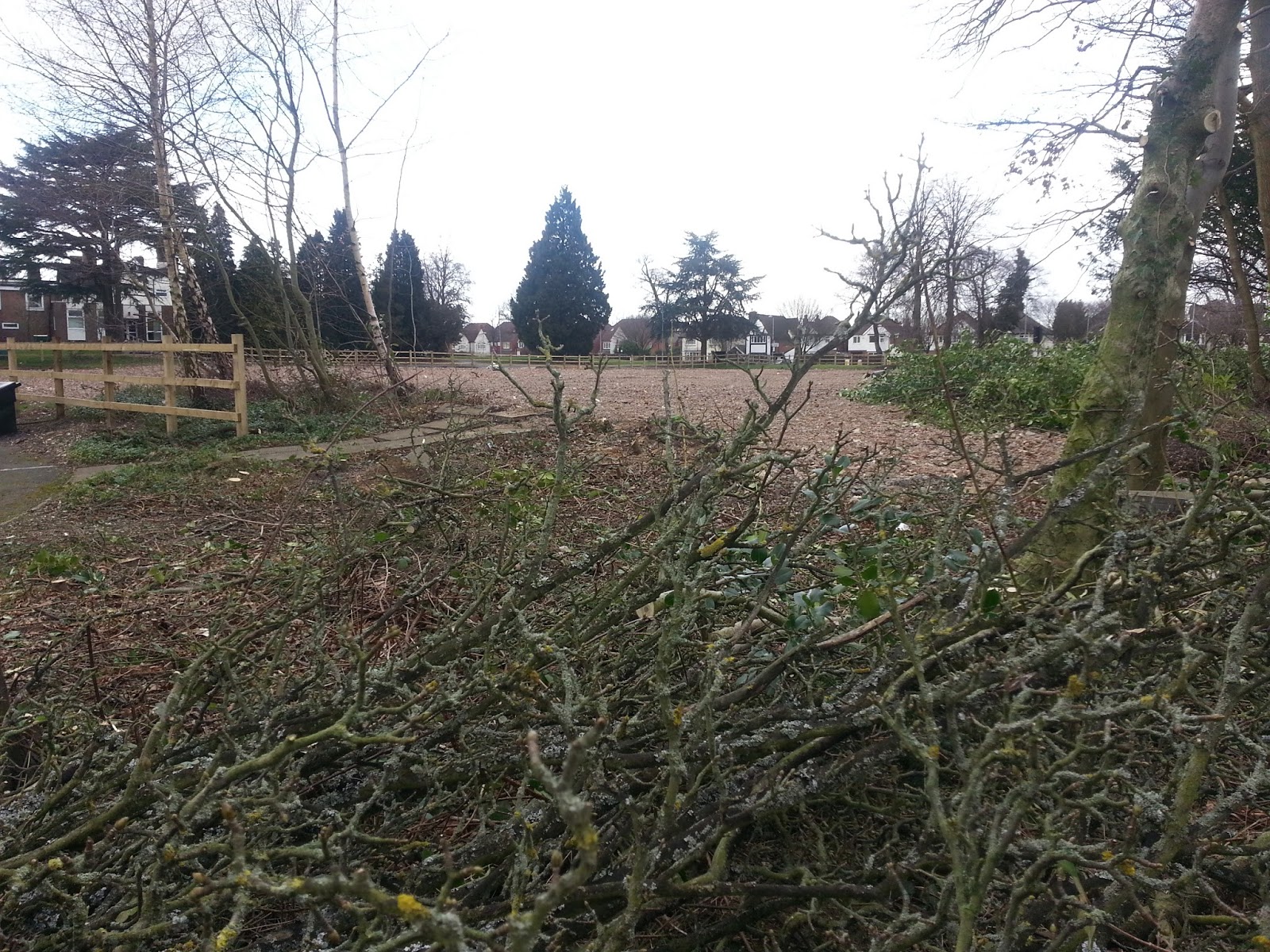 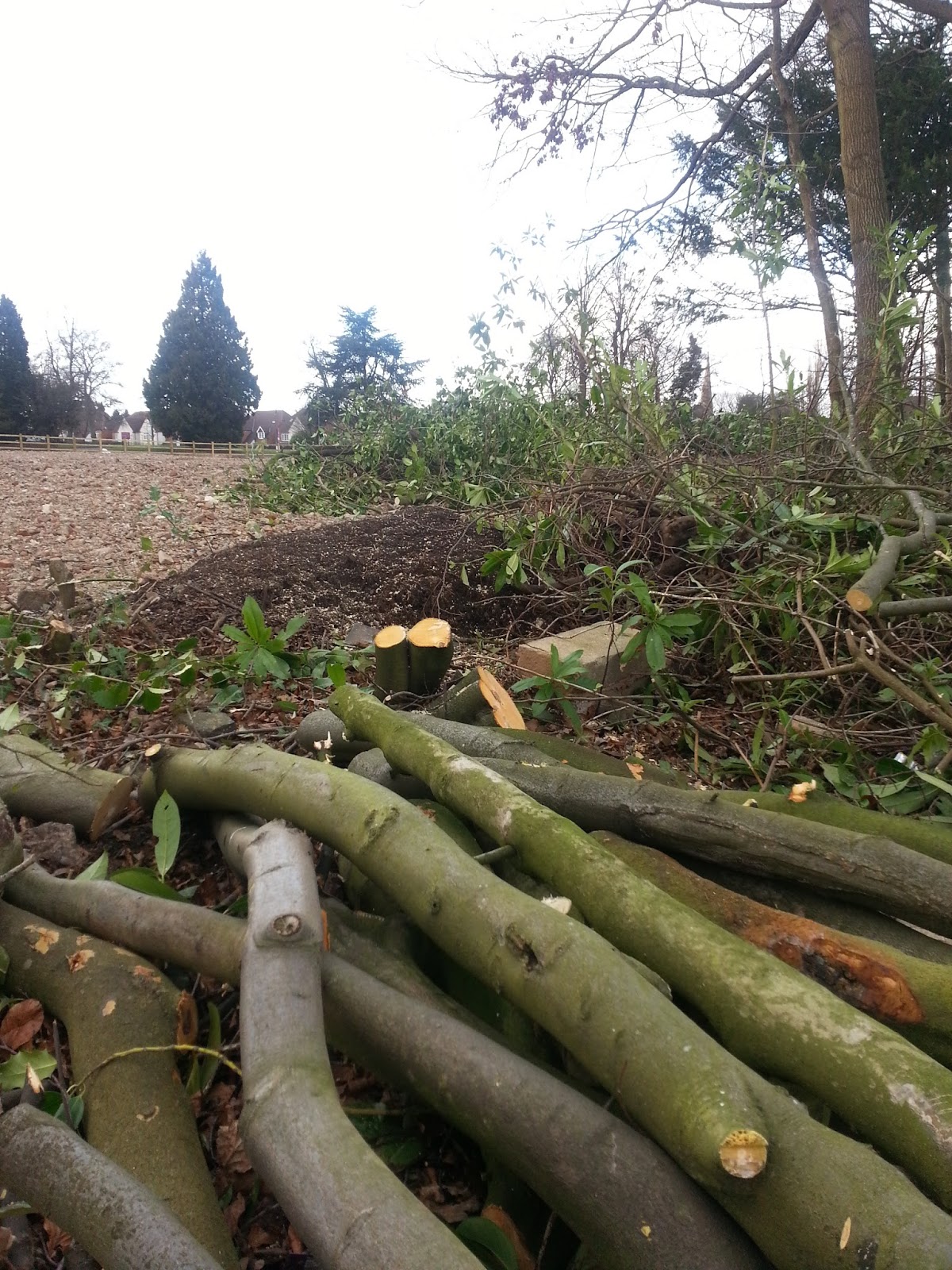 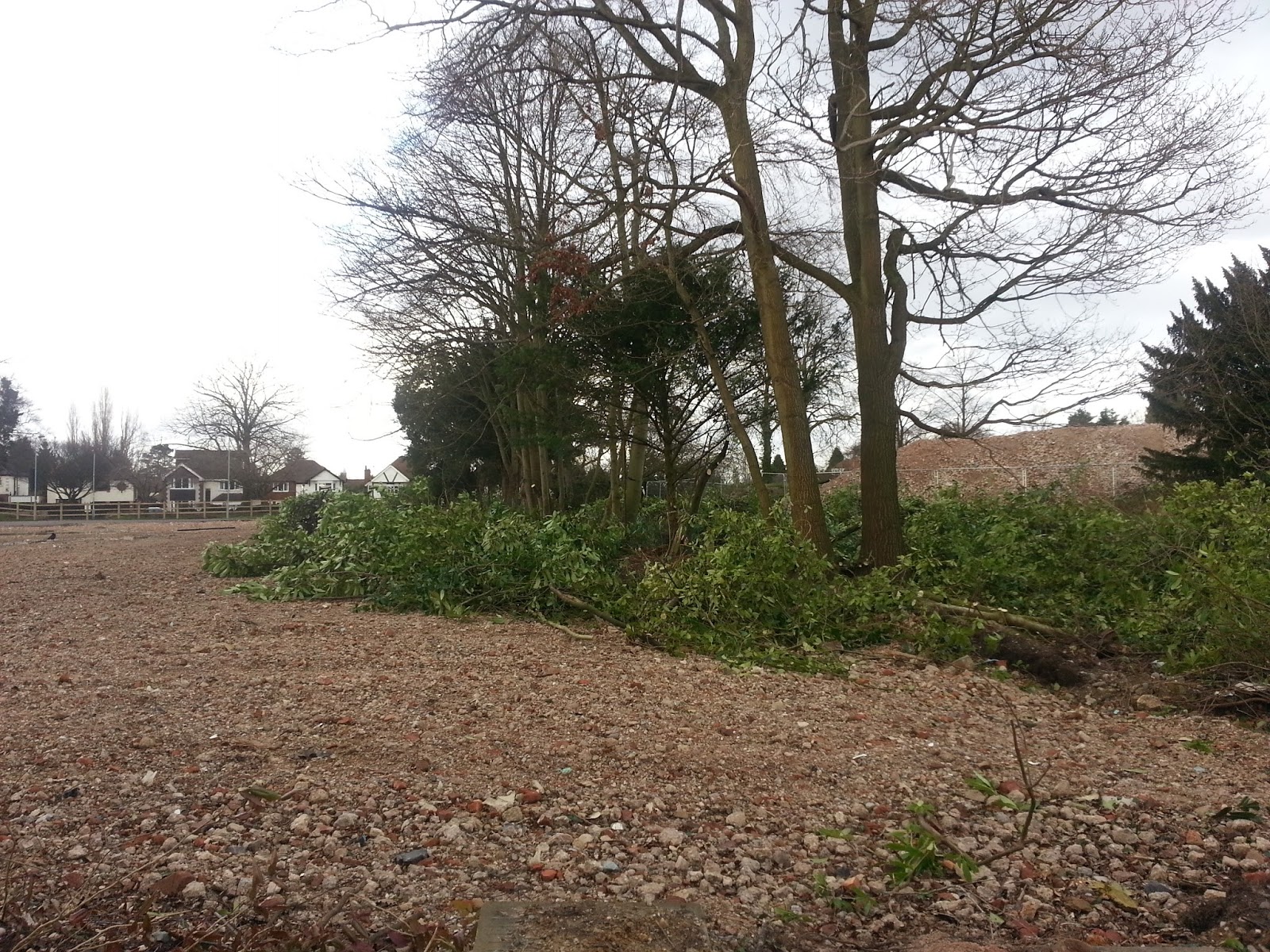 1318. The hedge consisted mostly of laurel, which has been cut back so that the trees can be taken down. Weoley Park Road background left. The large pile of rubble from the demolition can bee seen in the meadow, background right. (25/FEB/2014) 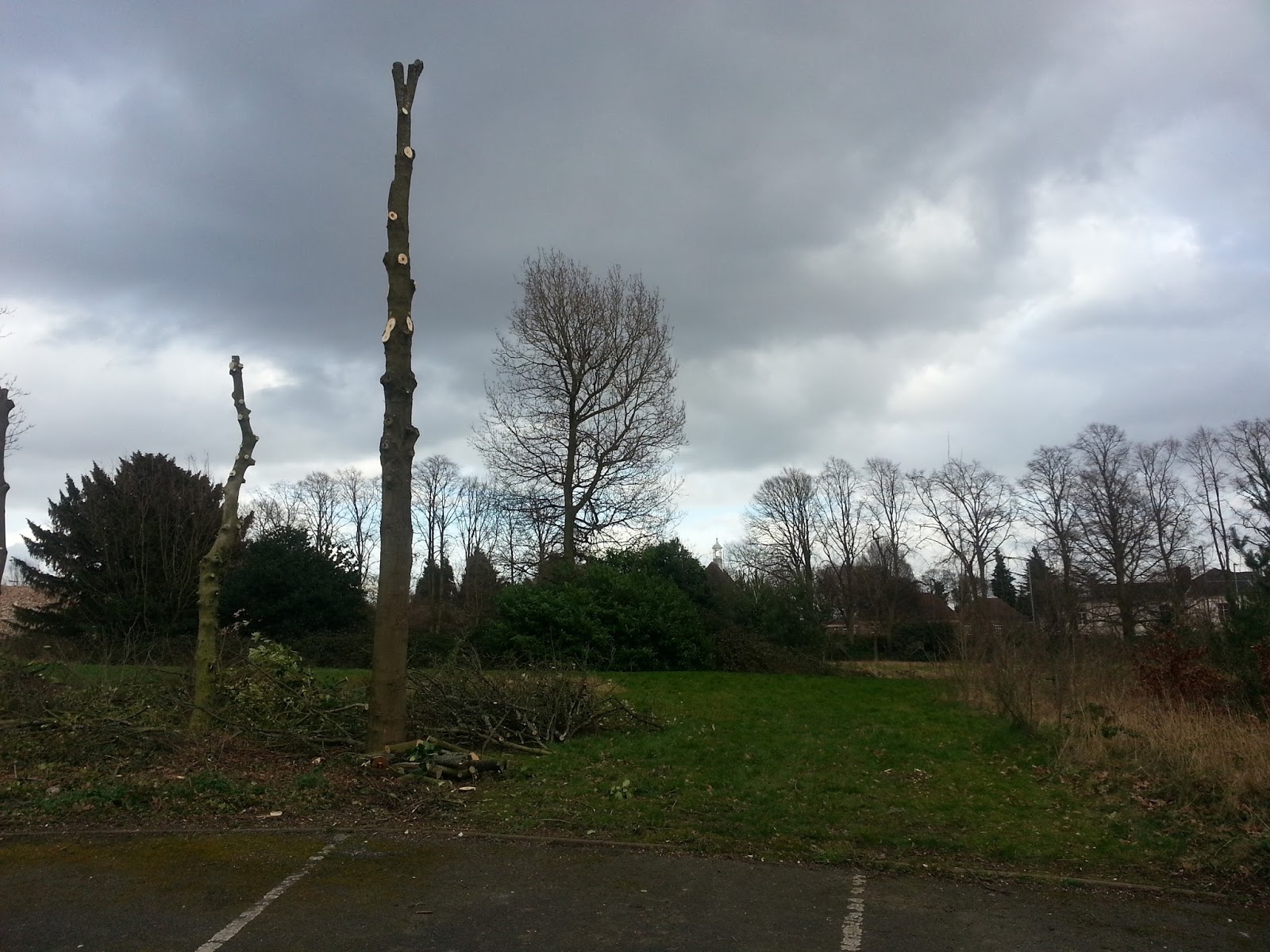 1320. Panoramic shot (some distortion) of the east corner of the OLRC car park. The meadow on the right, and the demolition site on the left. (25/FEB/2014) 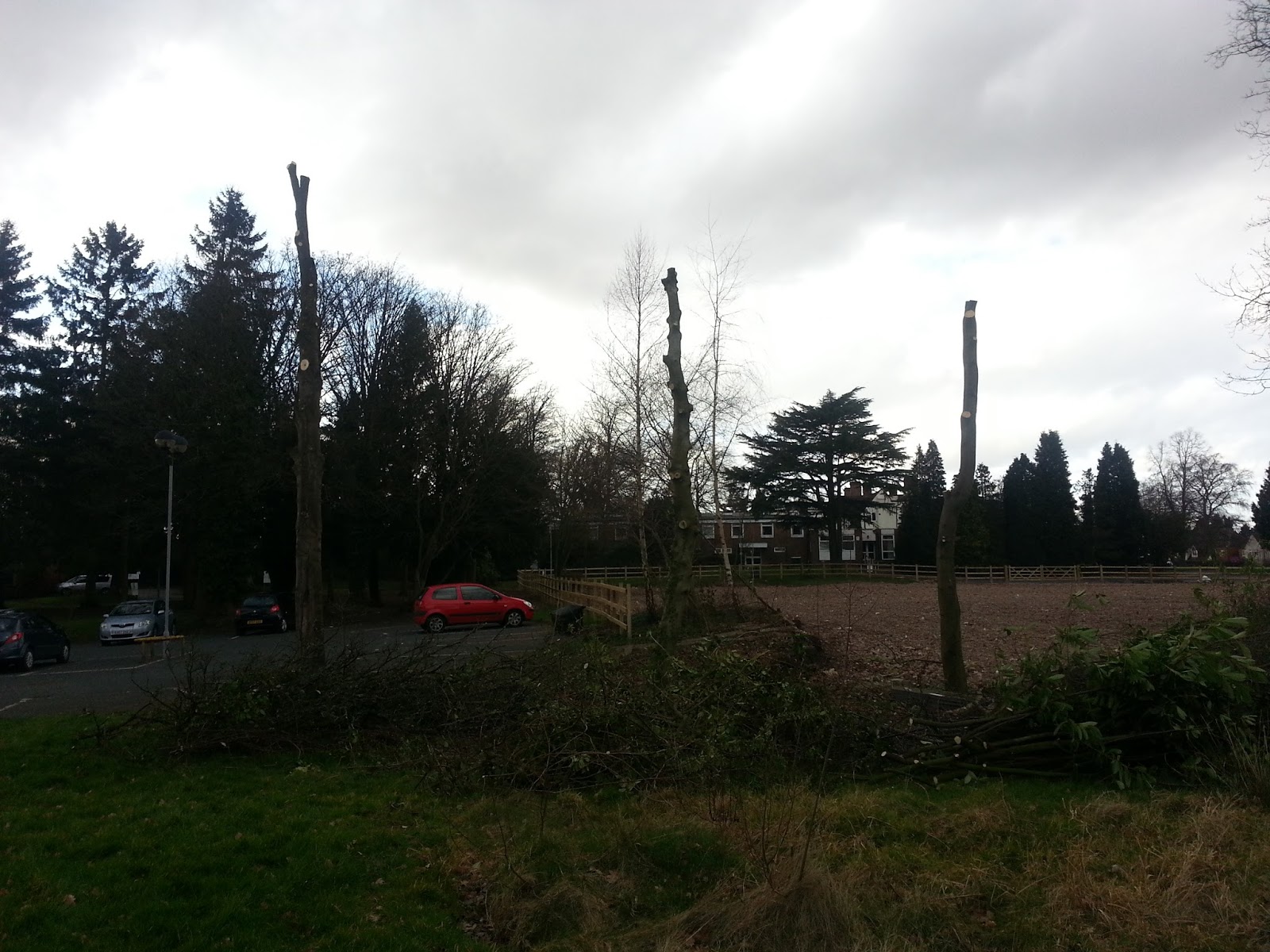 1321. The three cropped trees at the end of the hedgerow, with the OLRC car park and the thicket background left, and the demolition site background right. Facing Hamilton Drive and Birmingham Christian College. (25/FEB/2014) 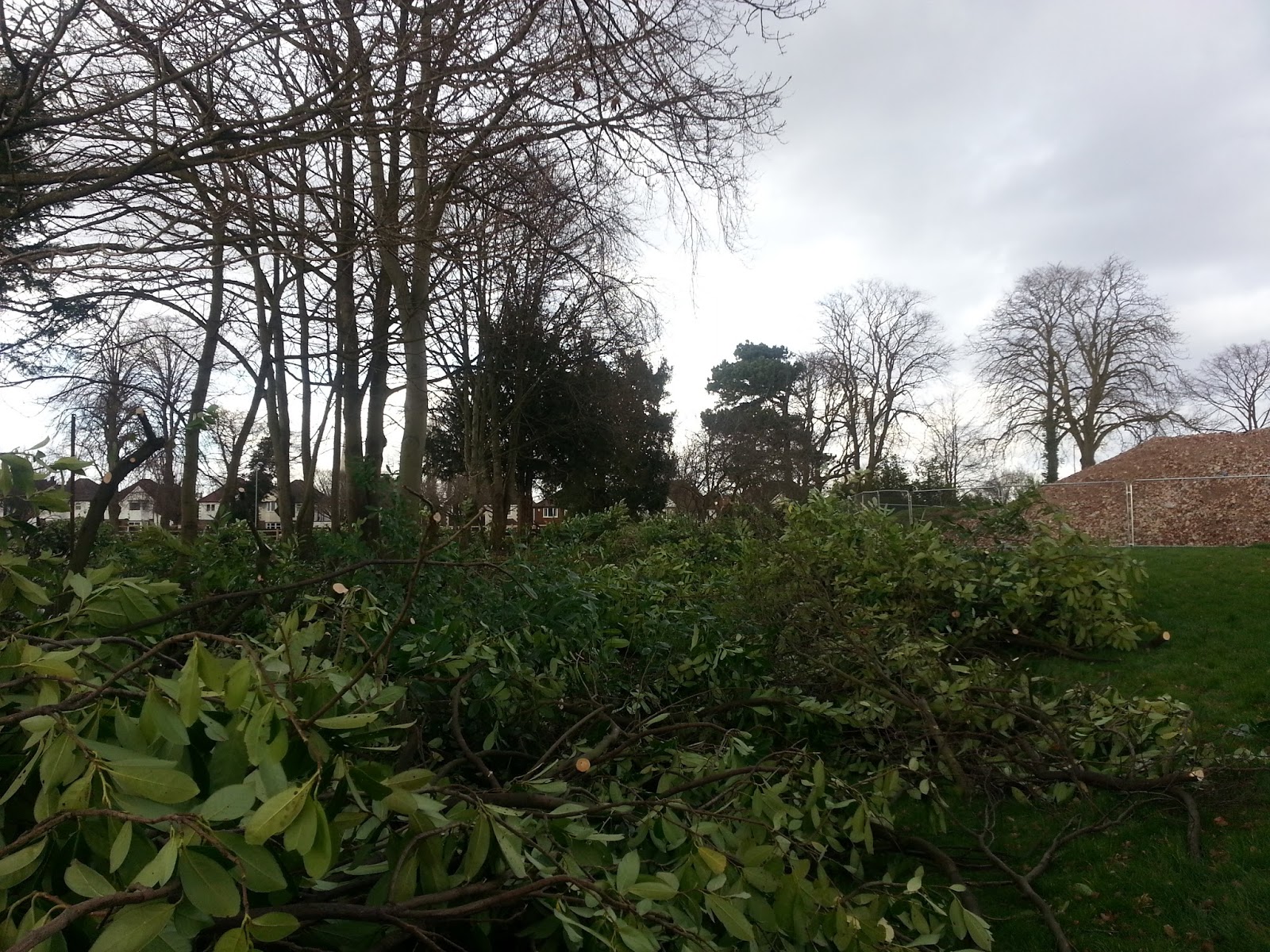 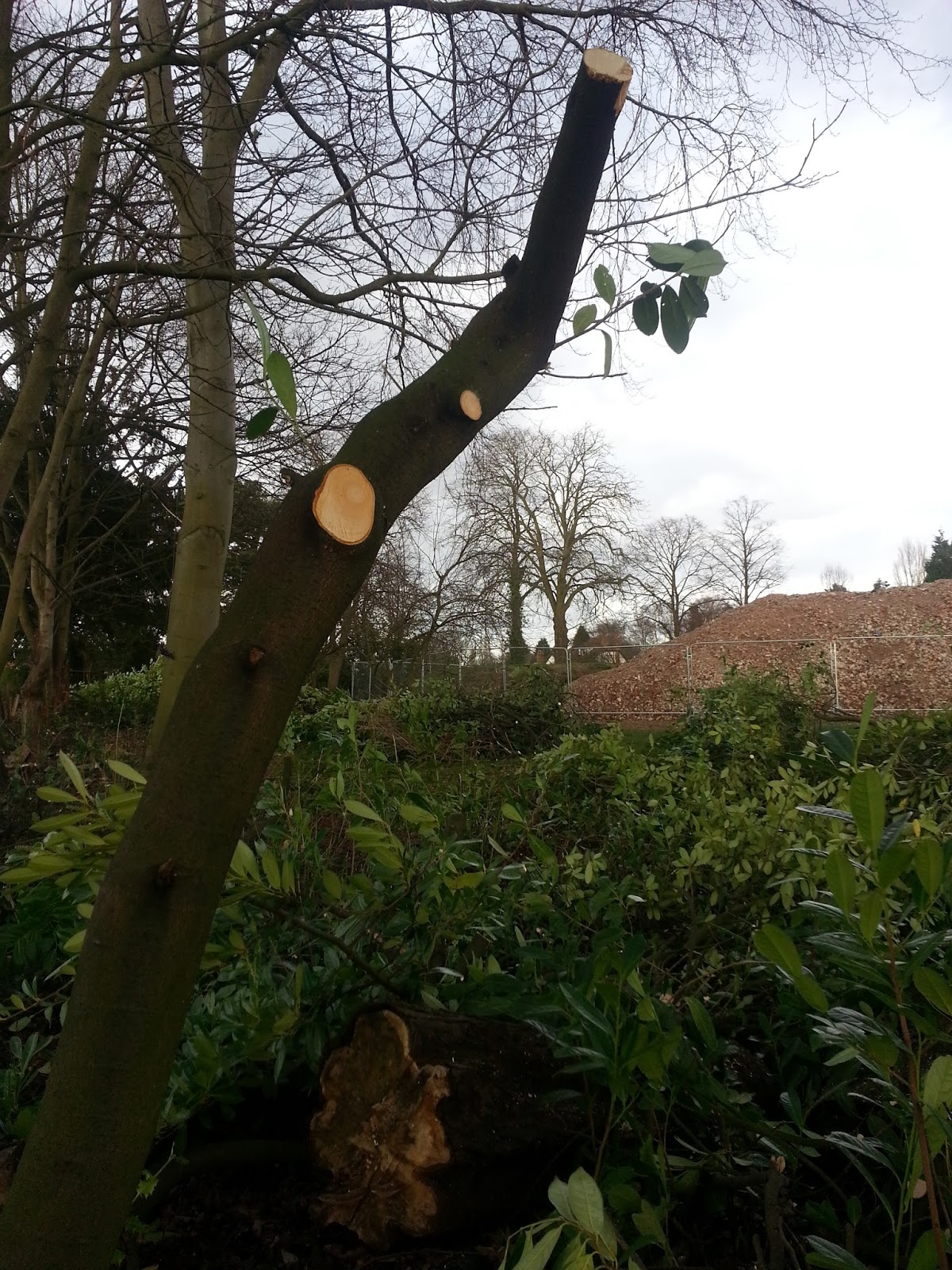 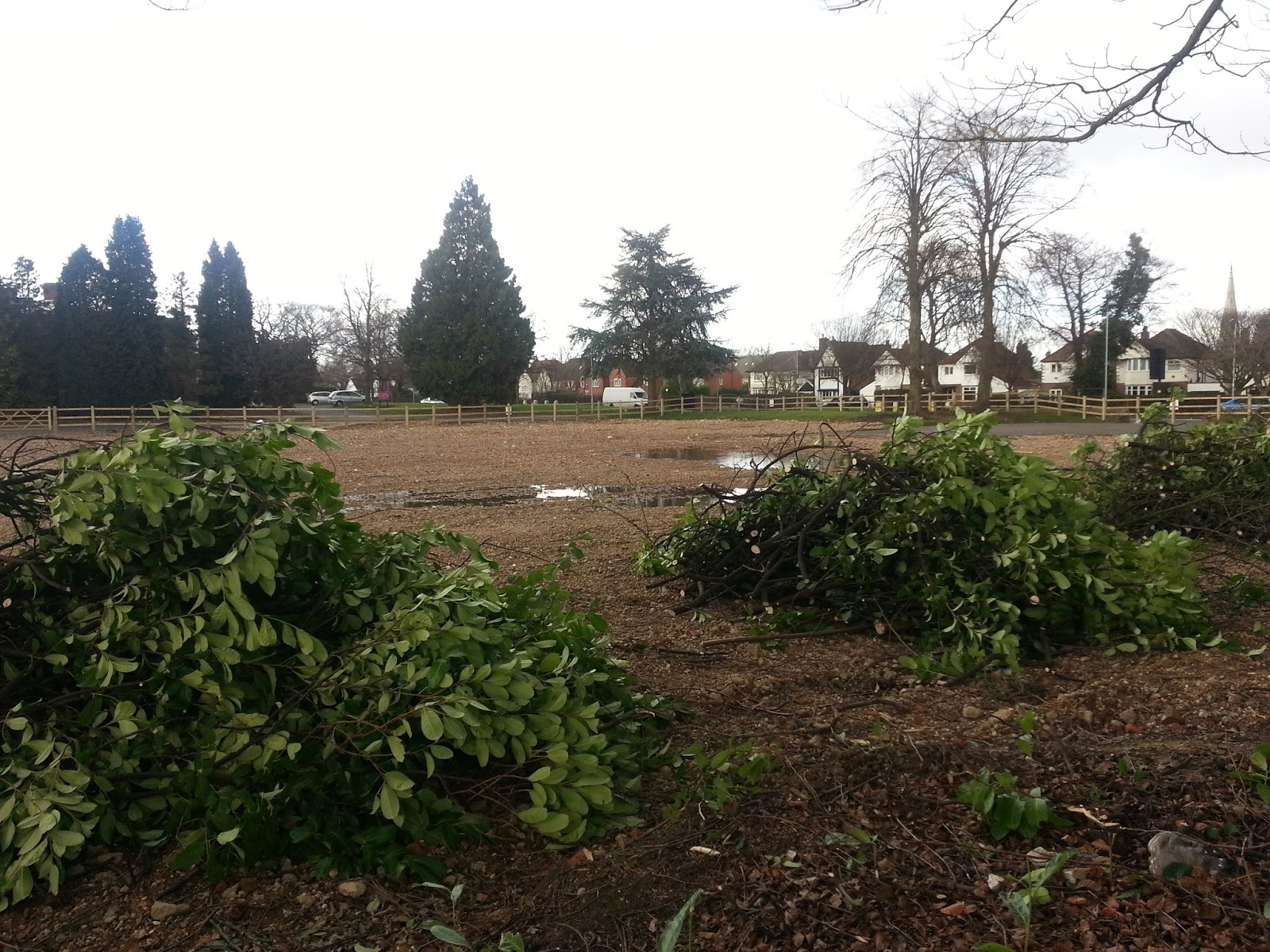 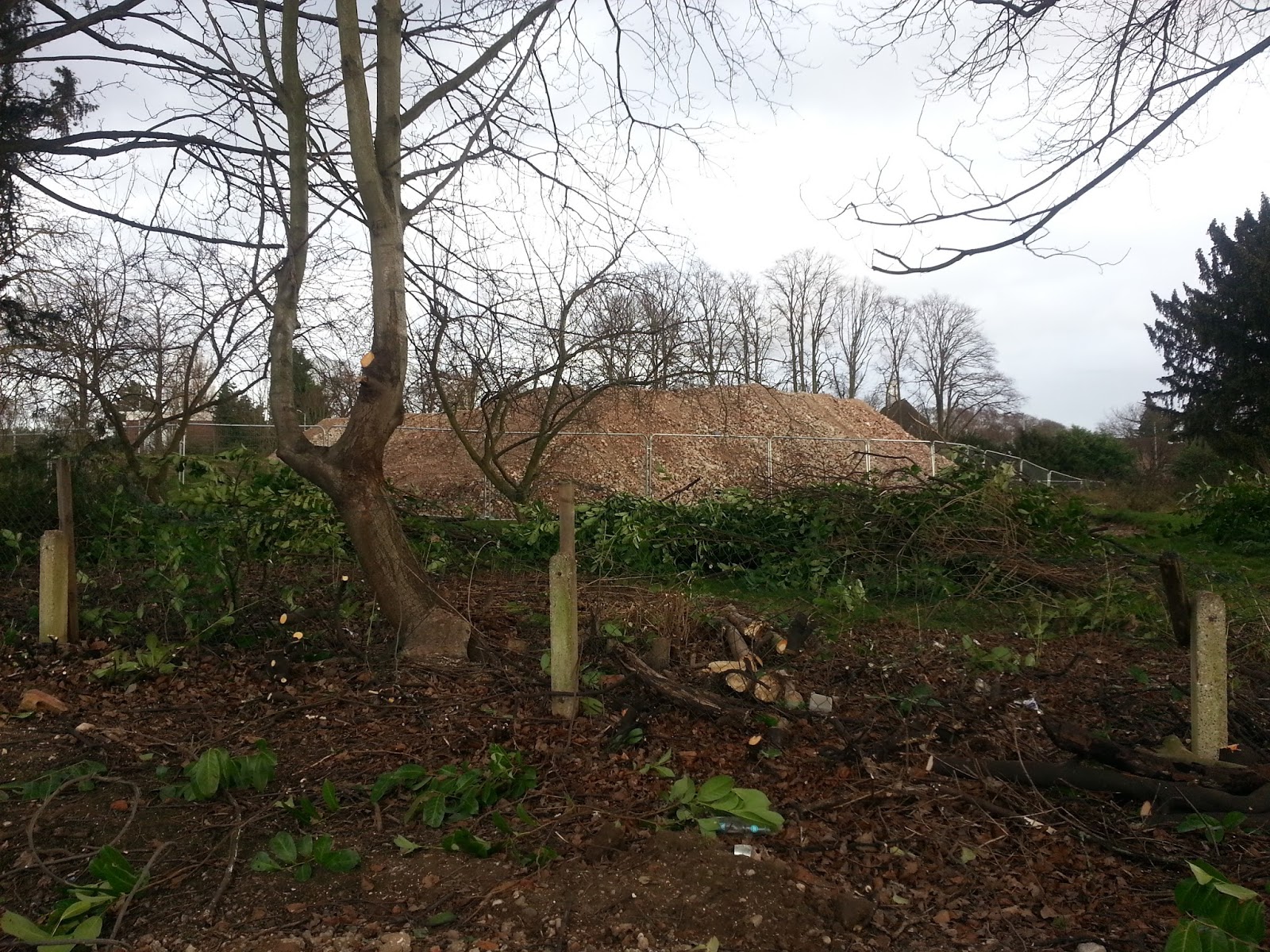 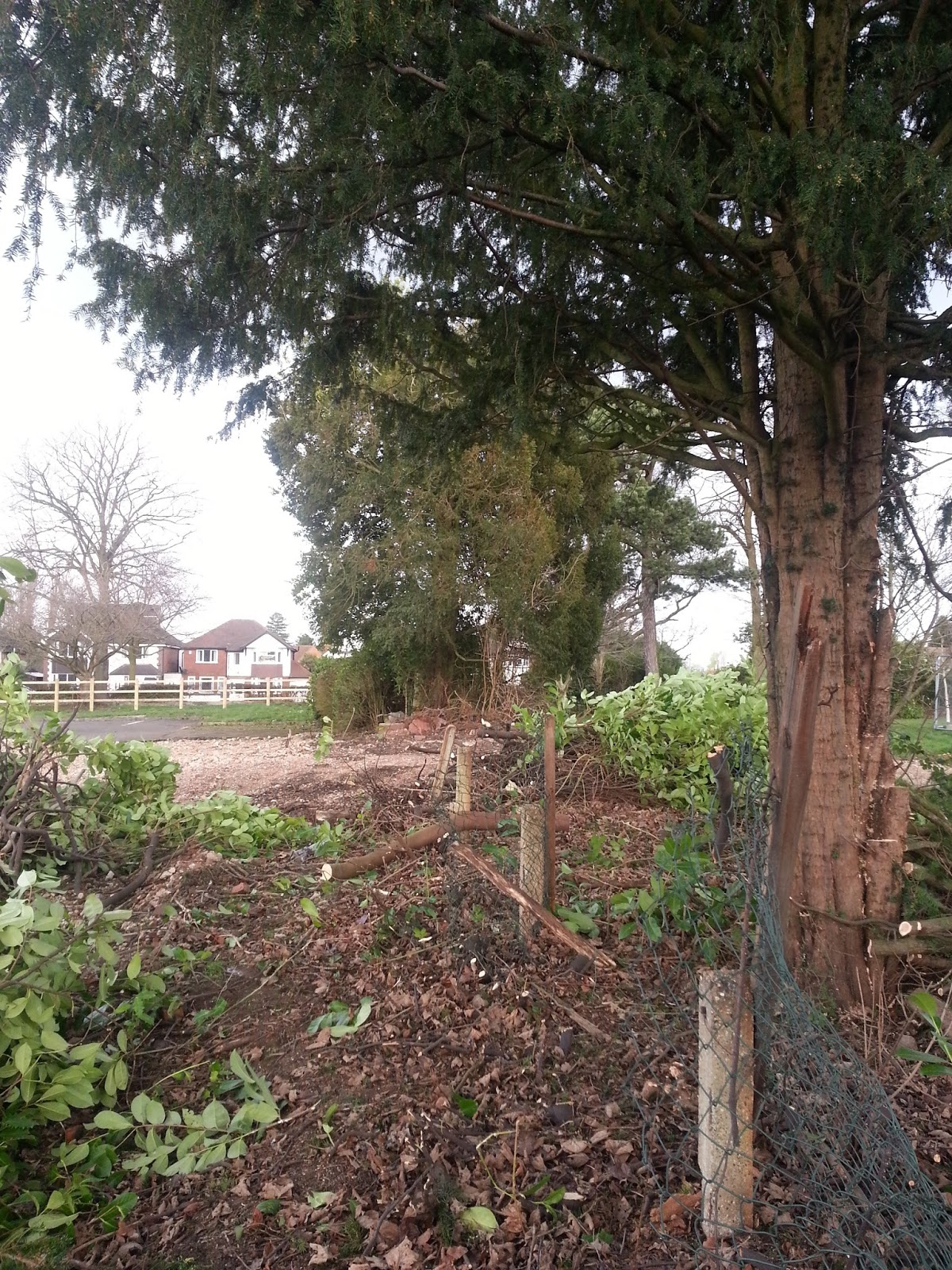 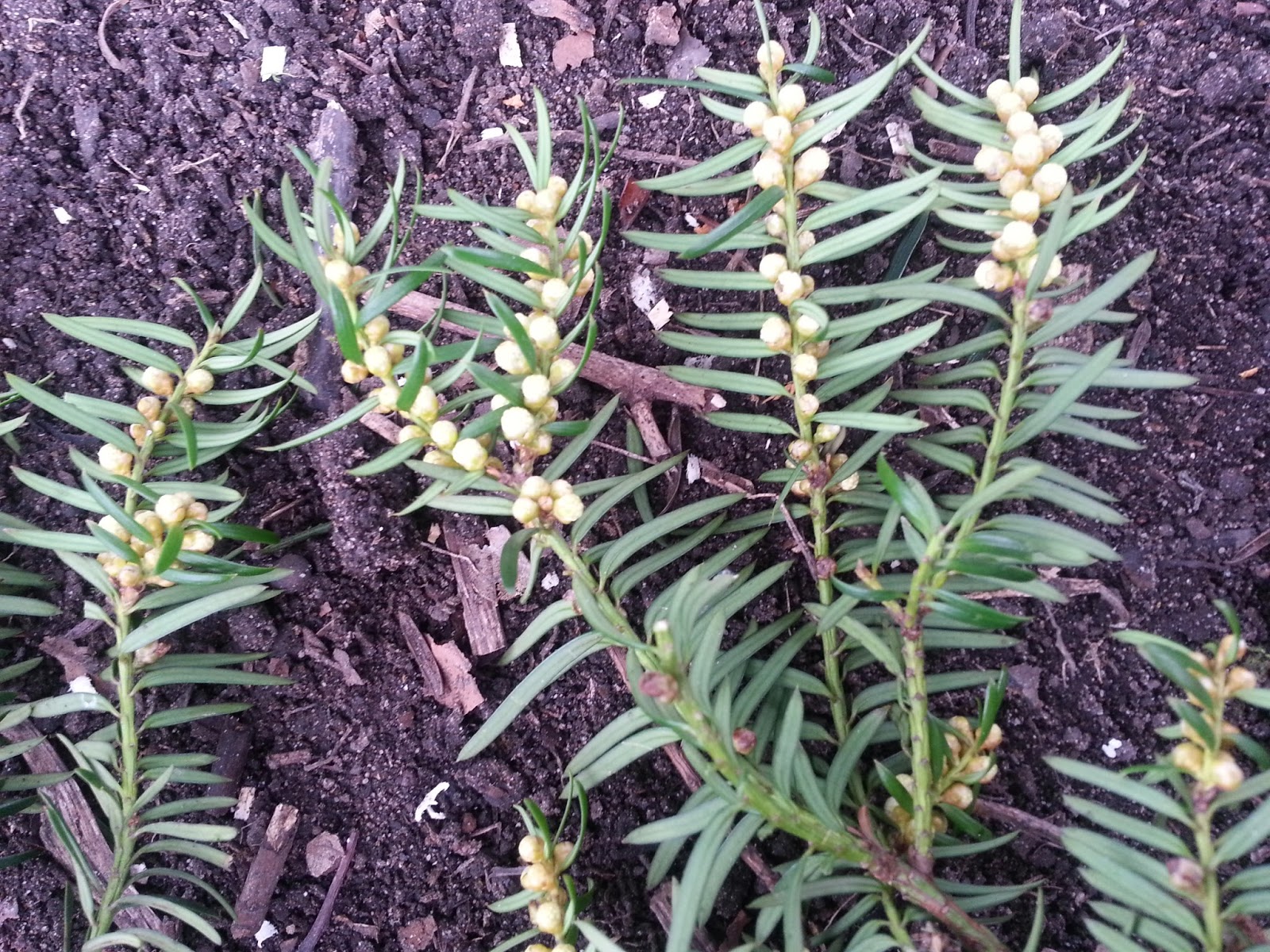 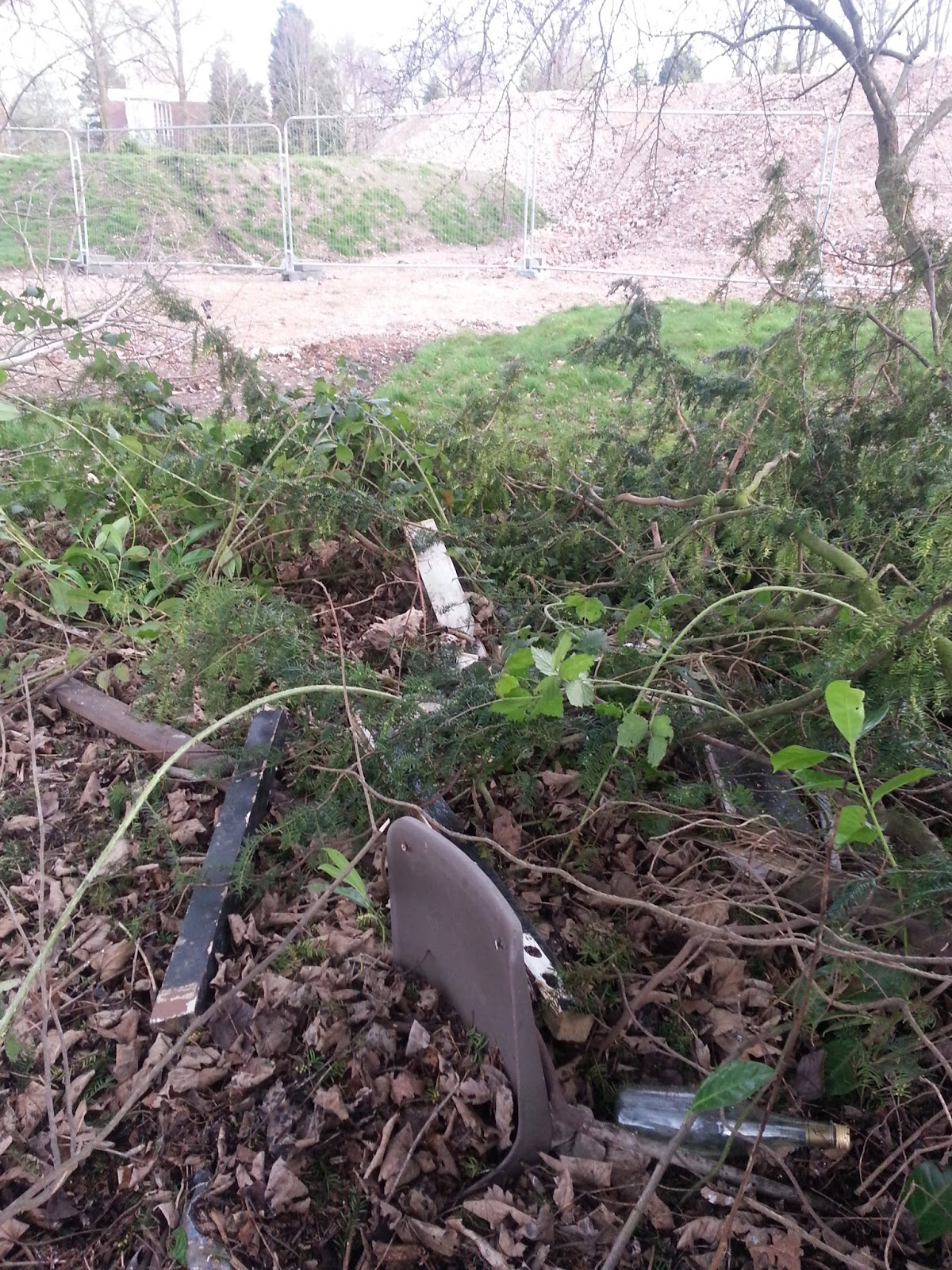 1329. Remnants of Westhill College in the hedge between the meadow and demolition site. (25/FEB/2014) 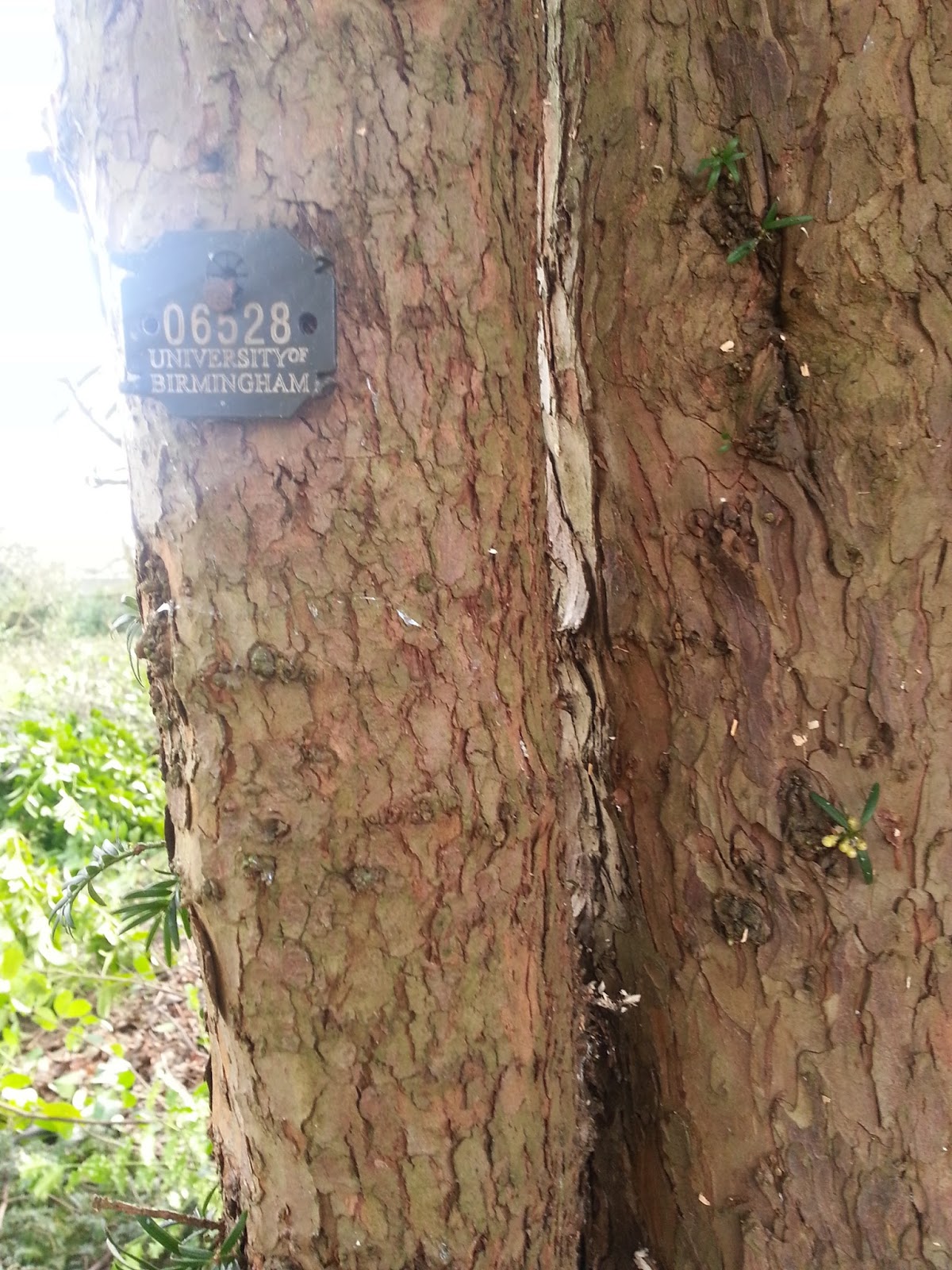 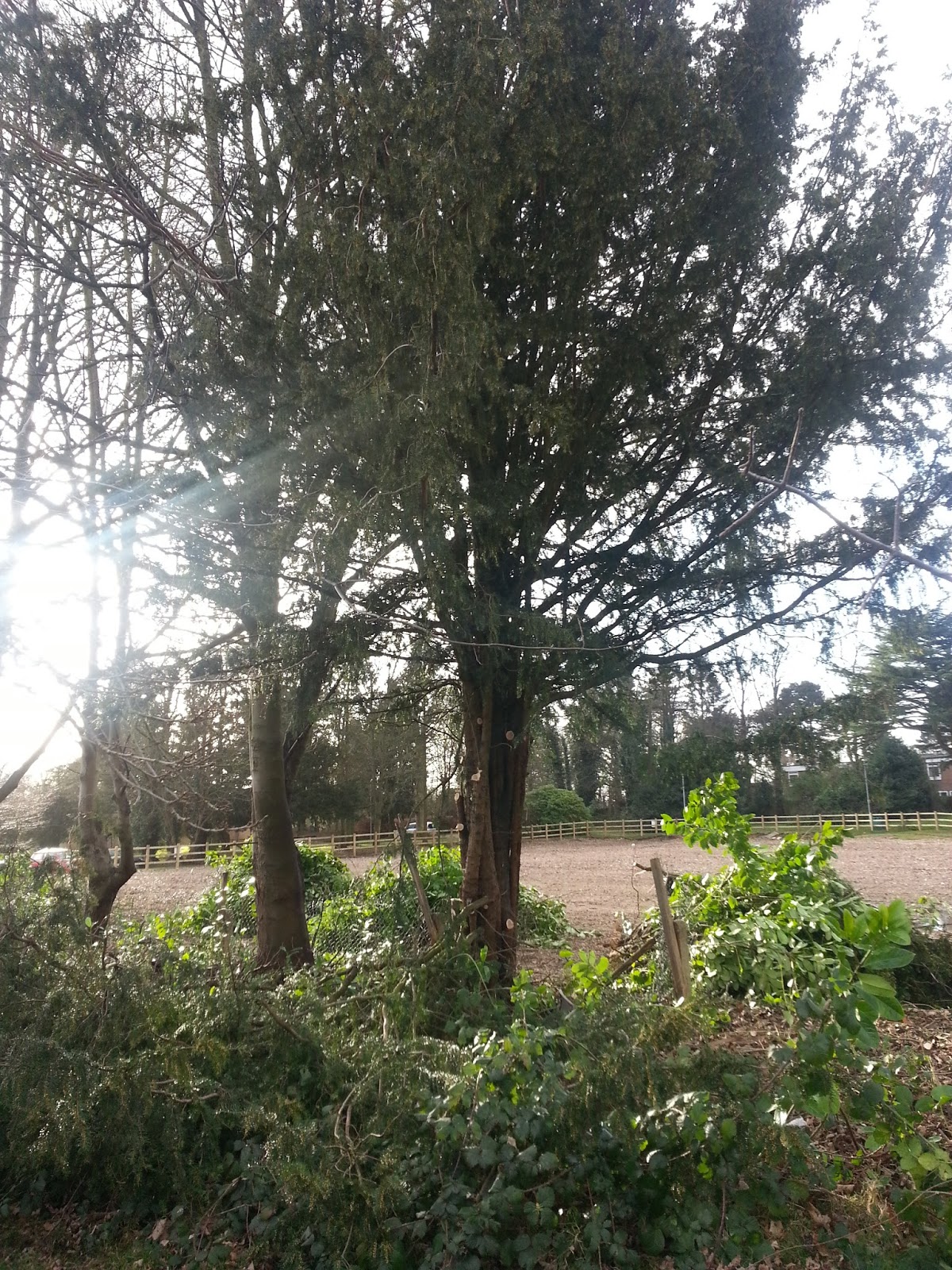 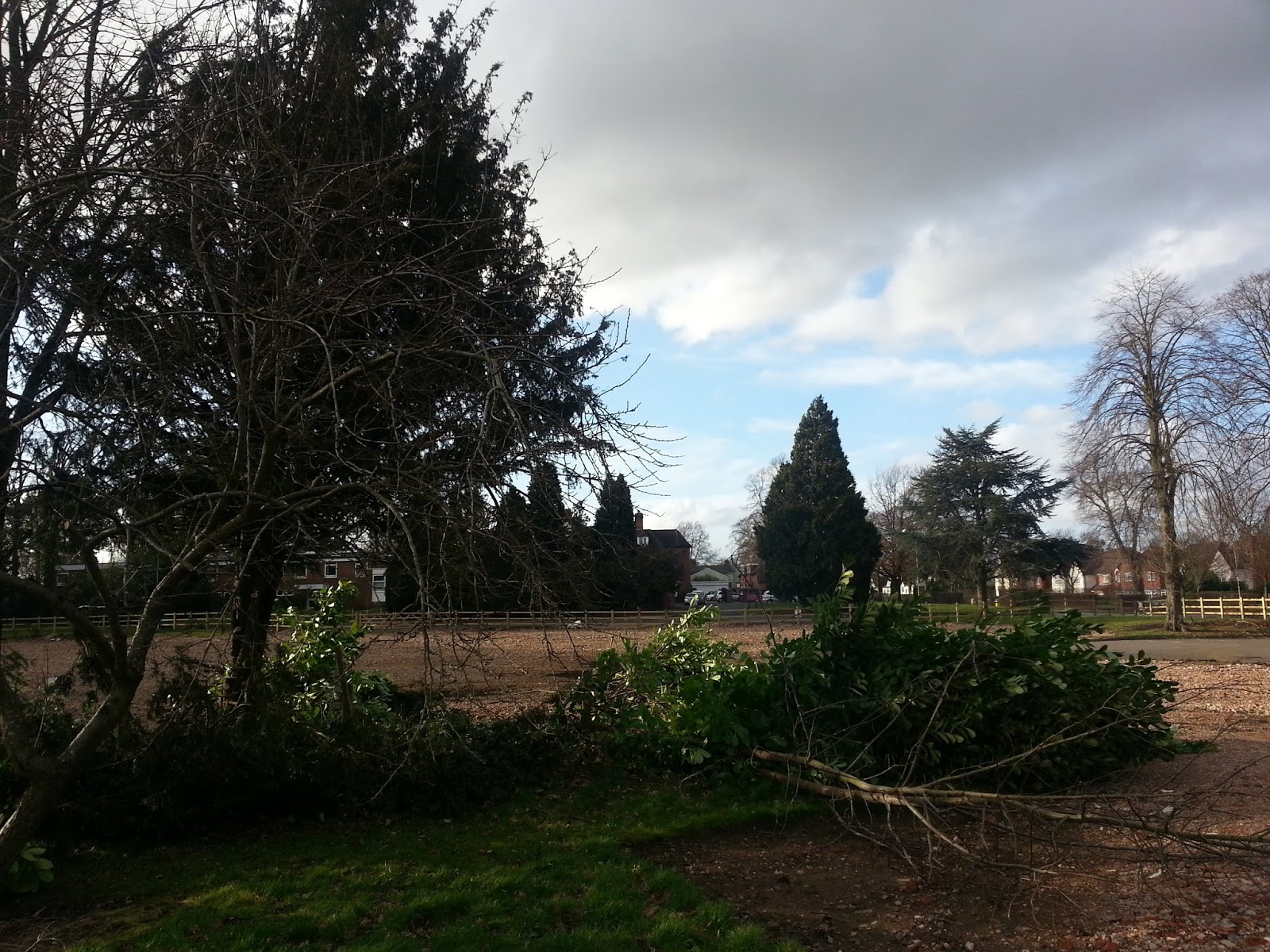 1333. Panoramic shot (some distortion) from the teaching wing and OLRC on the left, to the north corner of the meadow on the right. (25/FEB/2014) 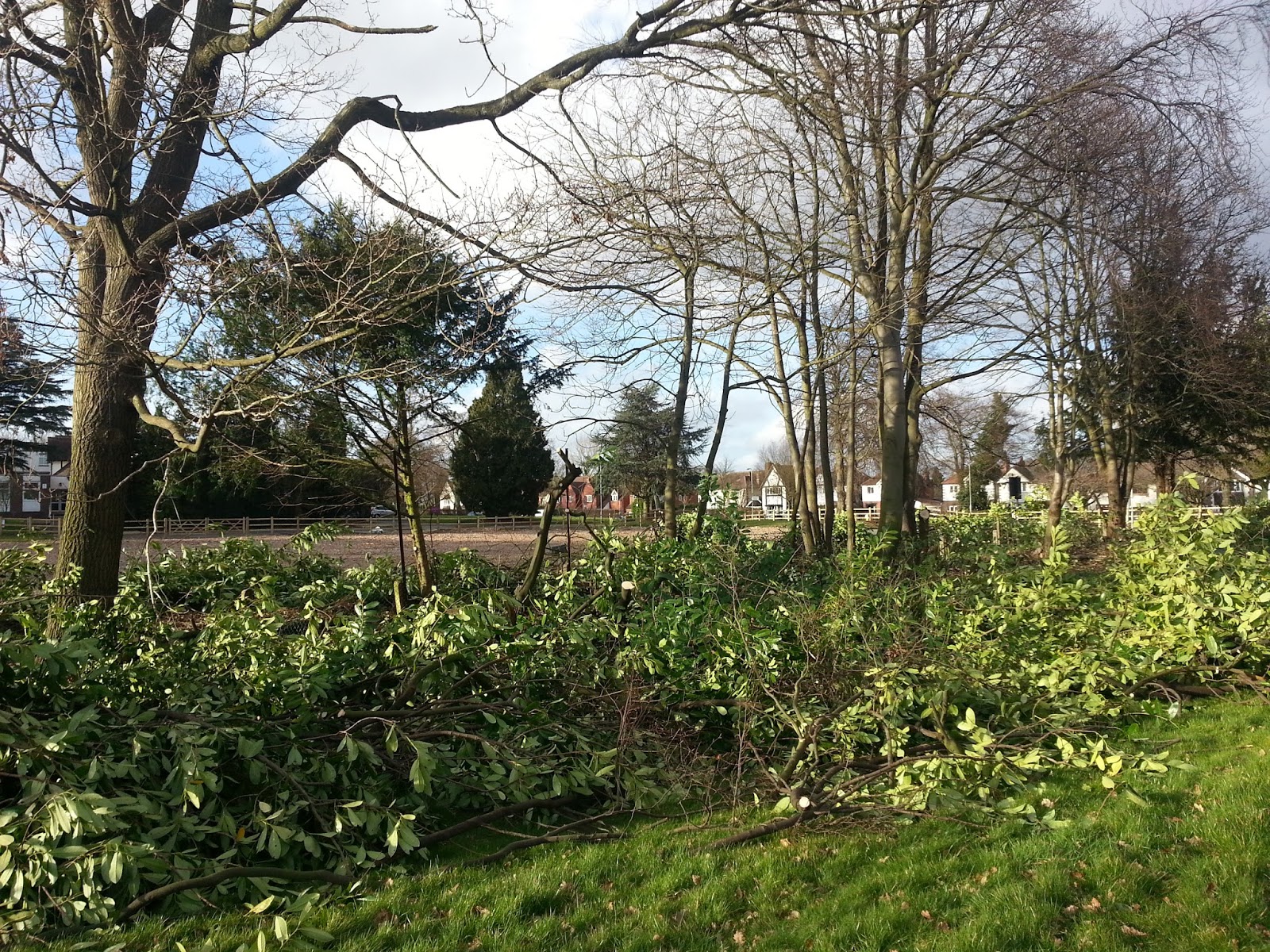 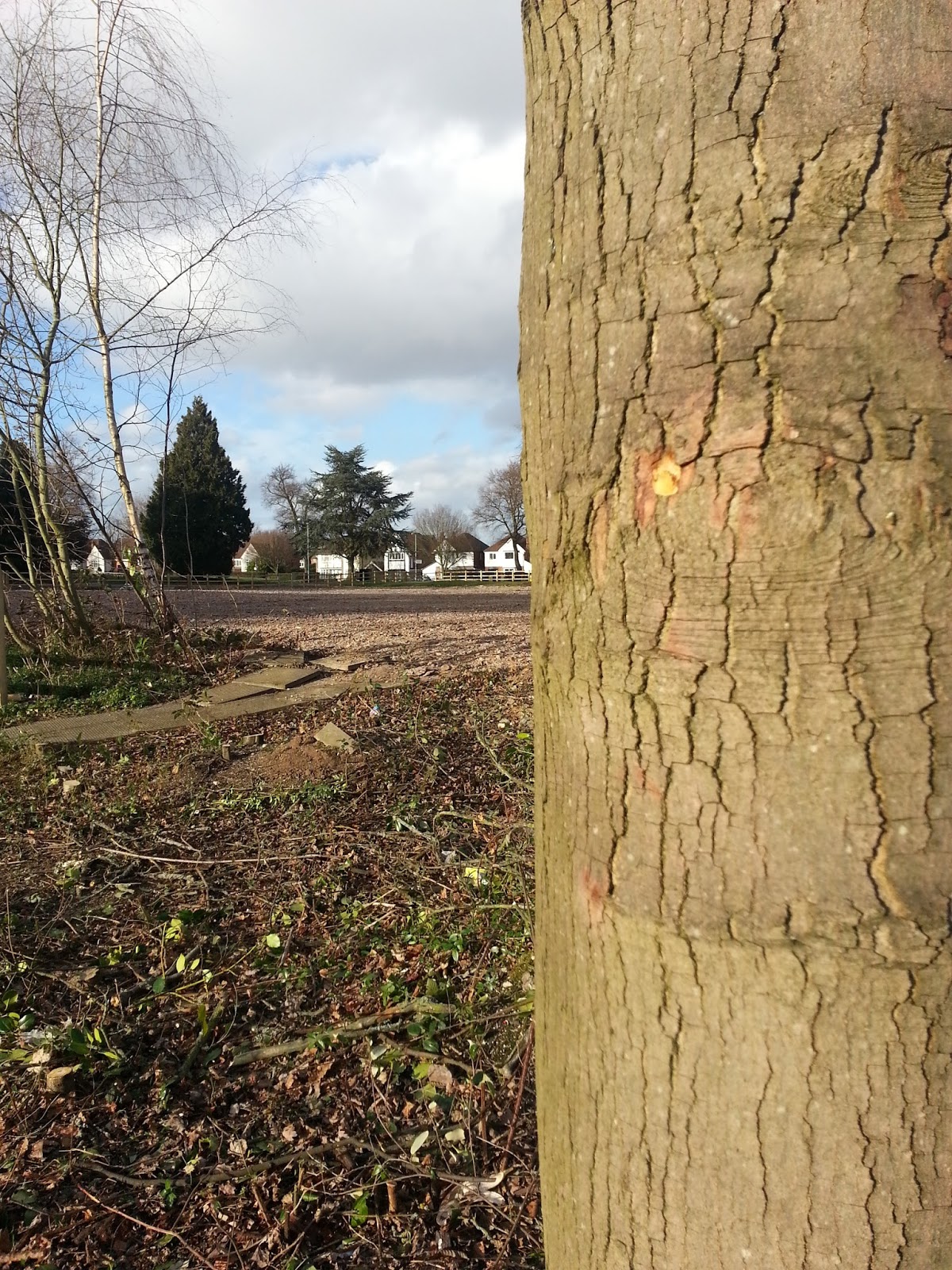 1335. The maple tree on the end of the hedgerow, with the demolition site and Weoley Park Road behind it. The paved pathway middle-ground left, used to lead to the side of Brooksbank Centre. (25/FEB/2014) 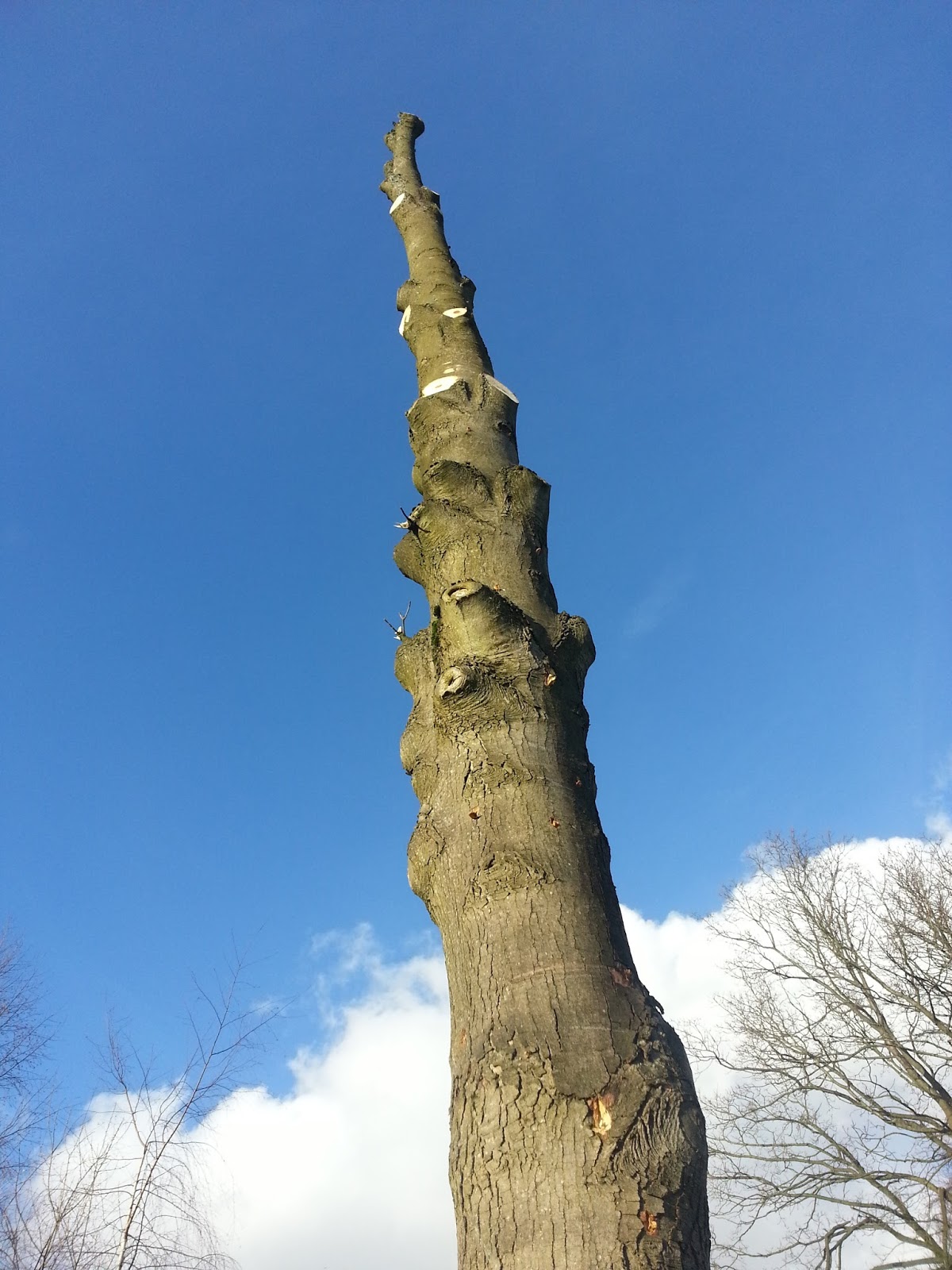 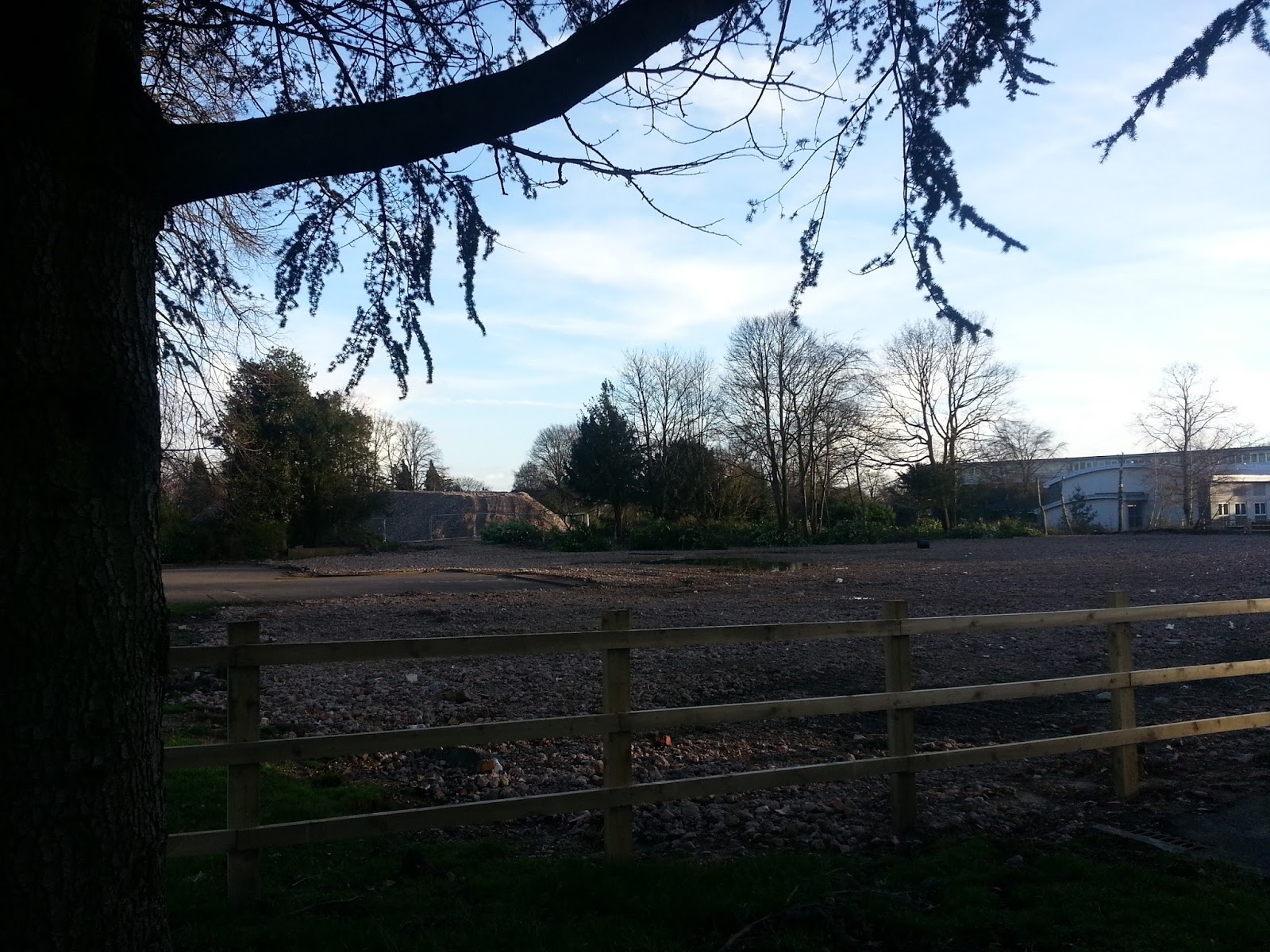 1337. View of the hedge from across the demolition site. Taken on Hamilton Drive. The cedar tree is in the foreground. The mound of rubble in the meadow can be seen background left. The OLRC is background right. (25/FEB/2014)